Pearl Fryar is a sculputor ... using trees as his medium. His Topiary Garden in Bishopville, South Carolina is an amazing landscape of shapes, forms and designs. Pearl Fryar began work on the 3 acre garden in 1984 in an effort to win "Yard of the Month" for his home on the outskirts of Bishopville, SC. The well-manicured, sculptural plant forms that comprise Fryar's living vision of peace, love and goodwill often times began as salvaged seedlings from a local nursery. Recognized by art and botanical enthusiasts, the visually whimsical garden is maintained year-round by Fryar for visitors from around the world. The Friends of Pearl Fryar's Topiary Garden has been organized to help care for and preserve the garden and assist Pearl as he educates and inspires others to achieve their creative potential.

Jeanne-Marie Meyer was born in Baton Rouge, Louisiana but moved to Little Rock, Arkansas as a small child.  Since then she has always called Arkansas home. In the fall of 2006, she received her Bachelors of Fine Arts degree in photography with a minor in Art History. She has traveled extensively over Europe and moved back to Little Rock to live. Her intent is to attend graduate school.

"Most of my work centers on the collage or a double image. This use of duality allows for my work to become more than just a singular image on paper. I use these double images to create, hide or even enhance my photos. Similar to the cubist sense of wanting to see all sides, I choose to show more information than a viewer can intake in one viewing of my work. Intentionally I want the audience to stand and stare at my images, like playing a game of I Spy.

As of late I have tried to branch from the multiple images and turn my focus to singular images. During my travels both abroad and in the State of Arkansas, I search for the absurd. I am attracted to oddities, especially when those are off the side of the road. What I especially love about Arkansas is all of the back roads that one can get lost on. I love jumping in the car with my camera and driving over the hills. I usually am stopped by something off the side of the road, such as the Mill Wheel in Cane Hill, Arkansas. "

Os Gêmeos (Portuguese for The Twins) are graffiti artist identical twin brothers (born 1974) from Sao Paulo, Brazil, whose real names are Otavio and Gustavo Pandolfo. They started painting graffiti in 1987 and gradually became a main influence in the local scene, helping to define Brazil's own style. Their work often features yellow-skinned characters - taken from the yellow tinge both of the twins have in their dreams - but is otherwise diverse and ranges from tags to complicated murals. Subjects range from family portraits to commentary on São Paulo's social and political circumstances, as well as Brazilian folklore. Their graffiti style was influenced by both traditional hip hop style and the Brazilian pixaco movement.

The twins work is extraordinary - often covering huge walls or sides of buildings. Now their art is being honored in a new updated book on World Graffiti called, appropriately, Graffiti World. The book contains street art from more than 150 street artists from around the world. 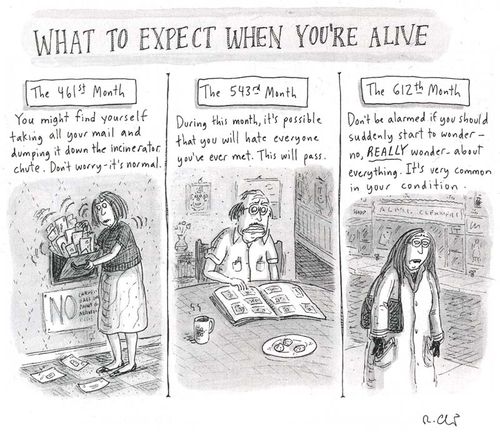 Molly Crabapple is an award-winning artist, author, and the founder of Dr. Sketchy's Anti-Art School

Molly learned to draw in a Parisian bookstore. She later drew her way through Morocco and Kurdistan, and once into a Turkish jail. She's developed her trademark Victorian style based a fascination with ambition and artifice. Remember, the devil's in the details

In her free time, Molly created Dr. Sketchy's Anti-Art School, the world's largest chain of alternative life drawing classes, with over 60 branches in every continent except Antarctica . Dr. Sketchy's has spawned a book, calendar, jewelry line, US and European tours, an internet radio show, series of comedic YouTube shorts, and show at the 2007 Edinburgh Fringe Festival. You can find out more about it at www.drsketchy.com

Molly's spoken at spoken at the Graphic Arts Guild in Boston, the School of Visual Arts, and Kiasma Museum of Contemporary Art in Helsinki, and has written testimony for the Small Business Administration.

Molly is 25 years old and lives in Brooklyn. In her free time, she likes coffee.

Anyone who has followed this blog knows that I am a fan of "low brow" art like Robert Williams. Well there is another Robert, Robert Sikoryak, who is doing some amazing things with comics. Comics are a cultural touchpoint for many. R. Sikoryak uses our familiarity with comic characters and places them in unique and timely situations. And he also imoortalizes high culture characters in this low culture environment. Genius.

Robert Sikoryak (born 1964, in New Jersey), a.k.a. R. Sikoryak, is a comic book artist who specializes in making comic adaptations of literature classics, producing a mashup of high and low cultures. Under the series title Masterpiece Comics, these include Crime and Punishment rendered in Bob Kane–era Batman style, becoming Dostoyevsky Comics, starring Raskol; and Waiting for Godot mixed with Beavis and Butt-Head, becoming Waiting to Go.

Robert has a new book out - "Masterpiece Comics". A link to buy it is below.

Gimme The Pizz who is an artist whose work brings us into a netherworld of raunch, insurrection and wantoness. I love it.

The Pizz’s odes to internal combustion chariots, beatnik hip, the glorious form of female, and the gods of tiki are pulsing down the wire to your hard drive. The keys to the kingdom are in your grubby mitts as the Lord of Lowbrow enables you with 24/7 electronic access to his cyberspace empire. Burn your retinas with the diabolical imagery rendered from the hand fed by a cranium fouled with visions of sick sleds scraping pavement, buxom babes bursting forth from their garments, bongo-beating beatniks bathing in bacchanalia, and Polynesian pleasures aplenty.

The Pizz exhibits at the Black Maria Gallery in Los Angeles.