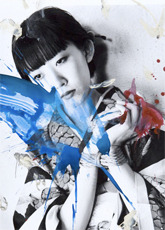 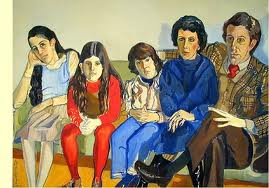 Alice Neel was one of the great portrait painters of the 20th century. Neel's revelatory paintings from the decades between 1930 and 1960 shed new light on the body of work for which she is most famous: the portraits created in the last two decades of her life. Many of these portraits document the vibrant art world of which she suddenly found herself a celebrated member. She reinvented the genre of portraiture by expressing the inner landscape of her varied sitters, among them Andy Warhol, Annie Sprinkle, Bella Abzug, and Allen Ginsberg.

Painting a diverse cross-section of humanity, from Communist Party leaders to art world personalities to her neighbors in Spanish Harlem, Neel created a body of work that serves as a social document of New York and America in the 20th Century. 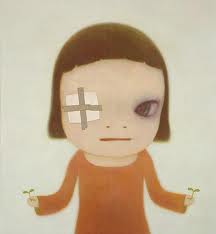 Yoshimoto Nara born 1959 in Hirosaki, Japan, is a contemporary Japanese Pop artist. He currently lives and works in Tokyo, though his artwork has been exhibited worldwide. Nara received his B.F.A. (1985) and an M.F.A. (1987) from the Aichi Prefectural University of Fine Arts and Music. Between 1988 and 1993, Nara studied at the Kunstakademie Düsseldorf, in Dusseldorf, Germany.

Nara is part of a generation of Japanese "New Pop" artists who first rose to prominence in the mid-'90s. An attempt to define a modern, uniquely Japanese aesthetic, New Pop is characterized by flat colors, crisp lines and irreverent subject matter.

The movement employs the style and vocabulary of contemporary pop culture in order to both critique and celebrate it. Prominent New Pop artist Takashi Murakami has dubbed this aesthetic "Superflat," referring not only to the traditional flatness of Japanese drawing and animation (as compared to the historical fascination with 3-D perspective in Western art), but to the collapsing of hierarchies between fine art and commerce.

Murakami's studio, Hiropon Factory, churns out paintings, sculptures, toys and T-shirts at an astounding pace. And if you thought those rainbow-hued Louis Vuitton handbags were cheap imitations, think again: Murakami's latest creation has become a high-priced must-have among fashionistas everywhere.

But rather than examining or creating current trends, Nara's work mines the pop culture of his childhood. Growing up in Aomori Prefecture, he was a latchkey kid whose childhood companions were most often pets and the television. It's no wonder then that Nara's figures are usually alone, and that their bodies resemble the simple, rounded forms of early, animated classics like Astro Boy and Speed Racer more than the sleek, angular look of contemporary anime.

Although they recall his own youth, Nara's images subvert conventional depictions of childhood as happy, simple and carefree. In the context of Japanese pop culture, they can also be seen as a critique of the extreme idealization of childhood known as kawaii. Kawaii is popularly used to describe anything cute, sweet and childlike. Exemplified by characters such as Hello Kitty and Pokemon, the cult of kawaii is commonly understood as a reaction to the extreme pressures that accompany adult life in Japan: a demanding school system, inflexible workplace hierarchies and highly conventional expectations for behavior and comportment.

Kawaii, along with more violent fantasies such as those played out in pornographic or sadistic manga (comic books), operates as a pressure valve. Idealized notions of childhood offer a small, nostalgic escape from the restrictions of adulthood.

The kawaii phenomenon is especially poignant (or perhaps just a sign of denial) in a society in which children are "growing up" faster than ever. The practice of enjo kosai, or casual teenage prostitution, received widespread media attention in the '90s. Brutal attacks and murders by children are also on the rise. In June, an 11-year-old girl lured a fellow student to an empty classroom and killed her with a box cutter.

In light of such tragedies, Nara's angry-yet-cute kids don't seem so far-fetched. By combining the visual language of kawaii—extra-large-sized heads, bulbous bodies and ineffectual limbs—with a seething and barely suppressed rage, his images both offer and deny escape. Despite their cartoonish quality, they embody an unpleasant truth: childhood is not the innocent, perfect playground we like to envision, but a hotbed of resentment and frustration. 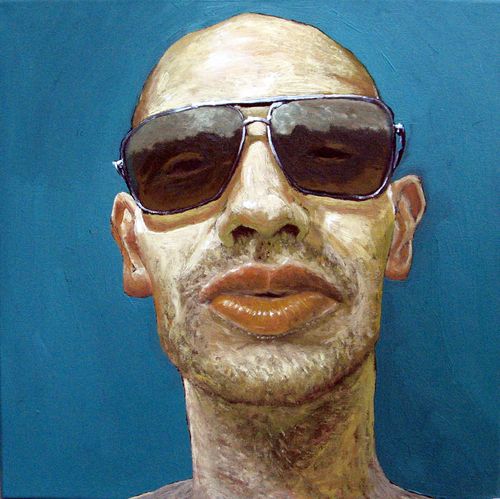 Stephane Sierra makes statements with his large scale portraits. They are in-your-face and very compelling.

Born in 1976 from a French mother and a Mexican father, Stéphane SIERRA passed his childhood traveling: Scotland, Wales, Mexico, U.S.A., and France. Constantly drawing, he decided to pursue graphic design studies in Paris. Once his diploma was obtained, he started painting and directing films.

He is a prolific creative who has worked as a commercial and corporate movie maker, participated in two painting exhibitions in Paris and directed a dozen short feature films. In 2006, he decided to move to Mexico in order to dedicate himself entirely to his painting.

He currently exhibits there in galleries and hotels. In 2009, he returned to France and has expanded in the European market. He has a permanent exhibit in the heart of Paris and has just been included in the “bible of contemporary figurative art” published in France and Europe. 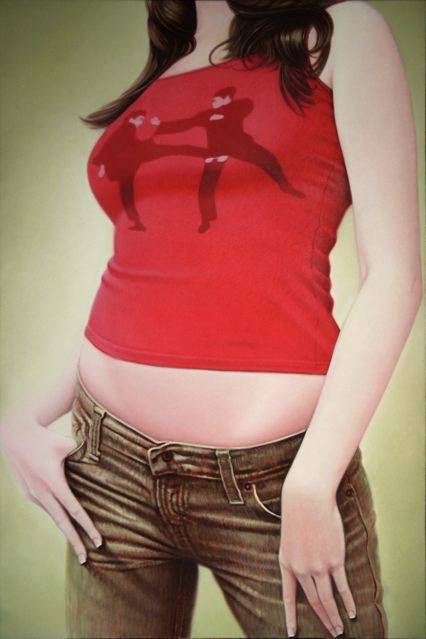 "Adapt what is useful, reject what is useless, and add what is specifically your own." - Bruce Lee

It seems today that no respectable wardrobe is complete without at least one good ironic T-shirt. This fashionable form of expression spans every possible posture, whether it is the iconic portrait of Che Guevara worn by a stockbroker, or the "Just Say No to Drugs" slogan infamously touted across Lindsey Lohan's chest, the ironic T-shirt has become an omnipresent part of life.

Inspired by this ubiquitous form of communication and self-expression, artist James Rieck uses the T-shirt as a blank slate upon which he communicates the narrative in his work.  Exclusively appropriating action film stills from Bruce Lee movies, including the use of Lee's most famous film as the title of his show, Rieck digitally composes Lee's classic martial art scenes onto his subjects T-shirts.  Each larger than life painting hosts an individual or group of tantalizing young women, whose body language conveys the choreographed kung-fu scene adorning their snug fitting shirts.

Simultaneously obvious and obscure, the paintings are visual double entendres juxtaposing the graphics on the T-shirt with the posture of the model. Rieck formats his subjects' chests like a movie screen upon which the narrative plays out. He creates a dialogue with the viewer using humor to press many societal 'hot buttons'.  Whether referencing the gratuitous commercial advertisements of American Apparel or Abercrombie & Fitch, or addressing the prolific amount of pornography that assaults us each day, Rieck manipulates the obvious sexual content in the work to address a broader debate over relationships, gender, promiscuity, and violence, finding a delicate balance between what is present, perceived, and provocative. The paintings' titles such as "Gang Bang", "Cockblock", "Low Blow" also emphasizes the duality between fighting and pleasure.

Technically, Rieck continues to develop his extraordinary deftness of hand.  With an almost airbrush like quality, each photo-realistic painting is rendered using only three colors: Napthol Red, Sap Green and White.  Rieck's technical prowess is matched by his masterful sense of composition and cropping.  He boils his subject matter down to its bare essence, allowing the exaggerated scale and exact cropping the ability to amplify the contextual underpinning of the work.