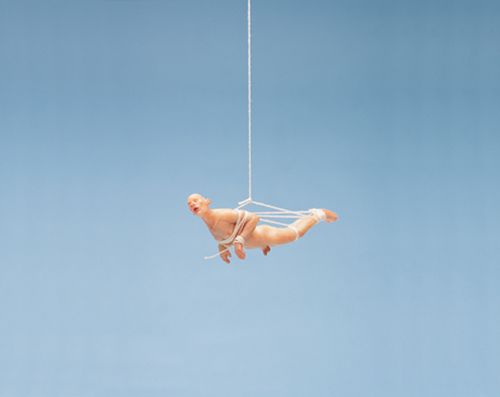 Dongwook Lee’s works are suffused with a simultaneously gloomy and lyrical horror. His miniature human figures condense both hyper-reality and surrealistic illusion, creating odd but beautiful cacophonies. Some are displayed as medical curiosities, squeezed into a syringe or cocooned in a bell jar. Here, the human form is scrutinised and dissected under a cold scientific gaze.

Lee’s characters find themselves hooked, tied, cubed, canned and worse. The countenance of these unfortunate positions linger long after viewing. The size difference between spectator and subject increases the empathic qualities that run through the works. It is a sensation that recalls witnessing childish cruelty to insects, all we can manage to say is, “stop!” before stealing that next licentious glance. There is an ever-present opposition between the mundane and the grotesque, reality is constantly disrupted and challenged by fantastical illusion. 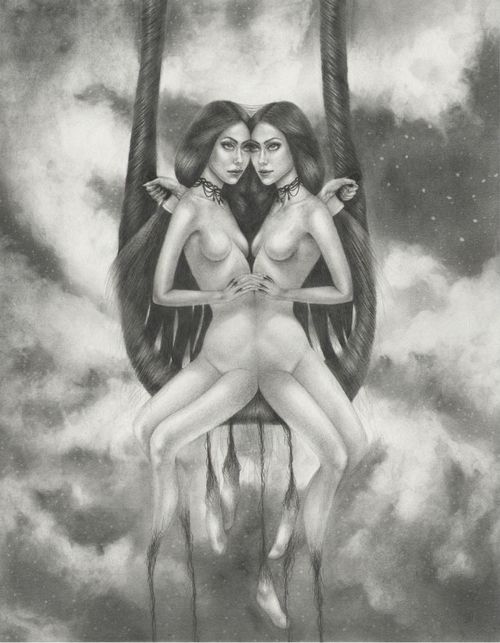 Drawing upon her dark past, Jessica Ward illustrates an unflinching look into the neurosis of young women in the face of society's ideals. Working almost exclusively with graphite, her statuesque heroines are riddled with disorders that decay at their allure, rendering them both beautiful yet repugnant. 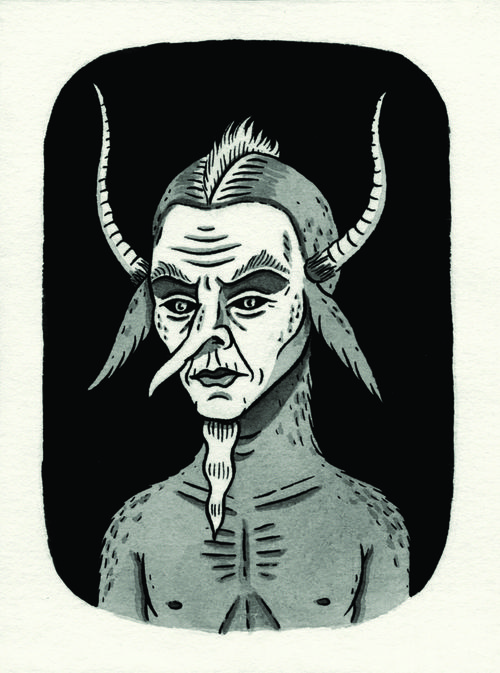 An accomplished editorial illustrator, Jon McNair has clients who include  include those at numerous magazines and publications such as Computer Arts, Elle Girl, and Hyphen Magazine.

Working almost exclusively in black and white, McNair designs creatures and their environments rooted in myth and mysticism. In his new body of work, he continues to explore his cast of seemingly malevolent characters that are are often just misunderstood.

Philip Guston is a master of artistic evolution. He is often cast as an apostate of abstract expressionism—the guy who committed professional suicide by abandoning pure painterly color for crude pictograms of shoes, one-eyed lima bean–shaped heads, and klansmen’s hoods. Guston joined the first wave of abstract expressionism around 1950, following his onetime roommate Jackson Pollock. In typical Guston canvases from the period, layered short strokes of paint formed gauzy clouds of color, which emerged from fields of white. Guston certainly seemed committed to the idea of artistic purity: When Sidney Janis began showing young Pop artists in 1962, Guston protested alongside ab-exers like Robert Motherwell, Mark Rothko, and Adolph Gottlieb by severing ties with the gallery.

But then, in 1967, 10 years after Pollock’s death, Guston seemed to switch sides. Out went Piet Mondrian; in came Krazy Kat. Guston’s 1970 show of new cartoonish figurative work at Marlborough Gallery was savaged by The New York Times’ Hilton Kramer, who wrote: “...in offering us his new style of cartoon anecdotage, Mr. Guston is appealing to a taste for something funky, clumsy and demotic. We are asked to take seriously his new persona as an urban primitive, and this is asking too much.” Kramer didn’t seem interested that Guston had painted figurative murals for a couple of decades before working in abstraction, and he made no connections between the new work and the old. Instead, Guston was cast as jumping on some sort of Pop/new realism/art brut bandwagon.

Please view this intriguing video of his artistic process: