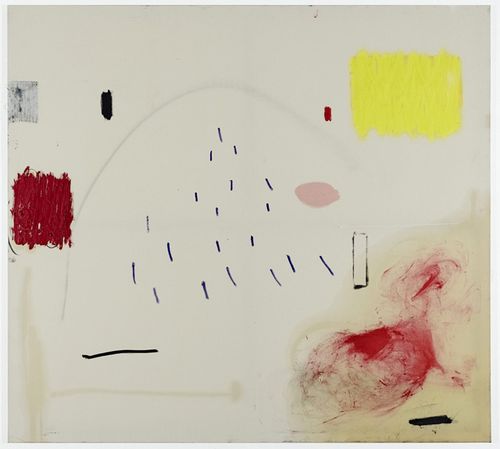 Christian Rosa, born 1982 in Sao Paolo, has been active and living in Vienna, Austria, since graduating from Akademie der bildenden Künste (2007–2012) where he studied under Daniel Richter.

Christian Rosa is an artist who works across media but collage and painting are at the center of his practice. Rosa employs an approach to painting that reduces decision making to the limitations of his physical actions. There is an ongoing struggle to unlearn and rediscover, in which each piece is like a moment isolated from an ever-changing surface. Through this process, Rosa deconstructs, reconfigures and explores the future possibilities of the moment of failure.

Christian Rosa is one of the prominent young artists working in Vienna whose energy and practice have an important role in the growing scene in which he is involved. Rosa not only exhibits as an artist but curates and organises exhibitions, events, screenings and publications. Recent exhibitions that Christian Rosa has exhibited in includes: ReMap, Athens; Brucennial 2012, New York; NeoSI: neue Situationistische Internationale, Kunstraum Schattendorf, DE; Blind Sculpture, Greene Naftali Gallery, New York; and Vienna Biennale 2010, Künstlerhaus, Vienna.