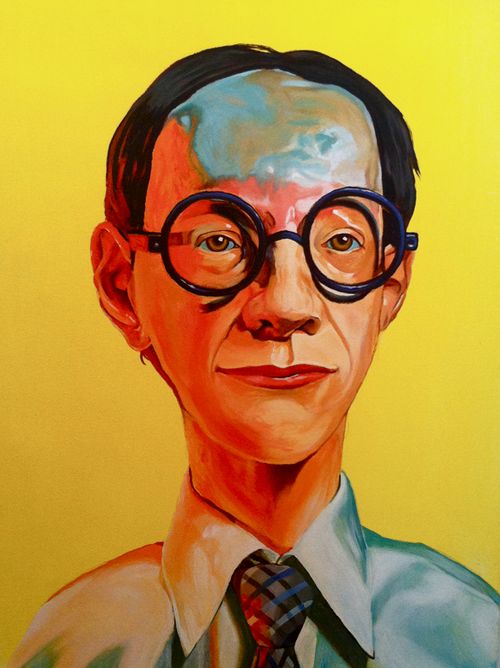 Painter and sculptor Matthew Oates focuses on warped and accidental personas that are scavenged, affected by random events or influenced by their audience. Formed by the exterior of the individual with the interior turned inside out, Oates's subjects are inspired by people he encountered growing up in a small town in Maine and from the heavy metal and punk rock subcultures that influenced him.

As Oates's images develop, his subjects begin to take on an unexpected identity and Oates becomes aware of the makeup of a personality and interested in warping their characteristics. The individuals depicted in Half Sung Face are impervious in their specificity and ask to be considered regardless of their idiosyncrasies.

Matthew Oates has had a solo show at 57Delle Project Space/Floft Gallery in Boston, Massachusetts and he has been in numerous group shows in the Boston area at the DeCordova Sculpture Park and Museum, The Distillery, John Stone Gallery, School of the Museum of Fine Arts, Limner Gallery and The Boston Center for Psychoanalysis.

Oates is the recipient of several awards including the Lawrence Kupferman Memorial Award, the George Nick Prize 2012 and the Rob Moore Memorial Grant. His work has been published in Direct Art Magazine and his band Phantom Glue was nominated for best new metal act at the Boston Music Awards and the band recently recorded a new album.