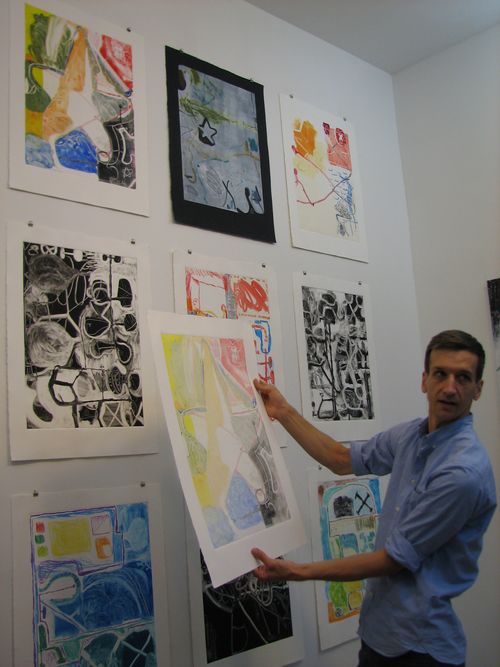 Artist Daniel Steck works in monotype prints that have a lyric fluidity and playfulness that transcend its boundaries. Working with the thickness and flexibility of inks and paper, Steck will create prints followed by ghost prints where no further ink is applied.

Some very colorful, others in shades of black, white and grey, one thing is consistent - the energy, complexity and cohesiveness of the design gives all of his work a dinstinctive form and grace. 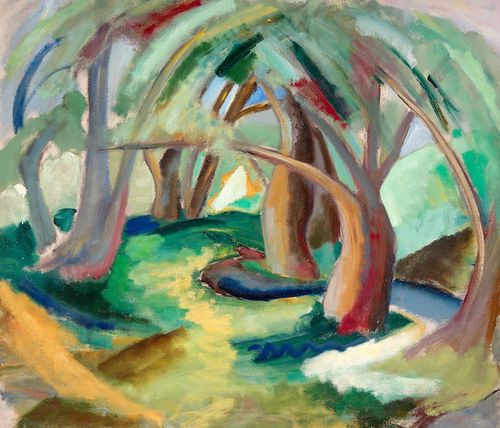 Quita Broadhead is best-known for her mid-20th century abstract works that deconstruct landscape and portaiture. Her work is abstracted into plays of light and shadow as she engaged new ways of addressing form and line.

Brodhead, who was born Marie Waggamann Berl in Wilmington, Delaware, grew up around the Philadelphia area, studied at the Pennsylvania Academy of the Fine Arts from 1919–25, spent time painting in Paris at the Académie Julian, and left PAFA in 1925 to study under her mentor Arthur B. Carles. She was highly prolific and active in the Philadelphia area, served on the PAFA board, and spent several non-consecutive years of her life painting in Europe, where she exhibited with Kandinsky.