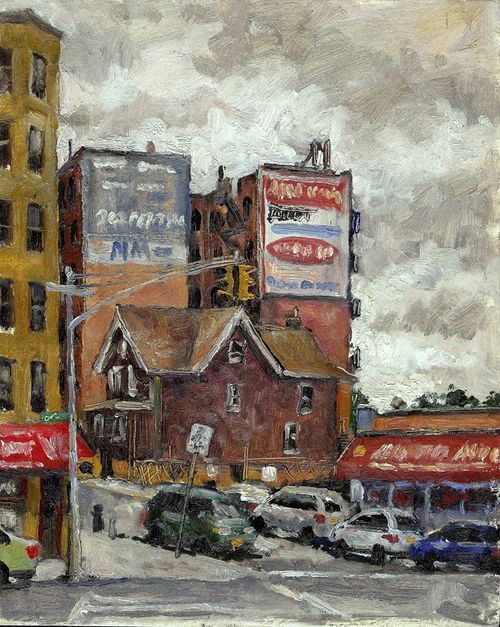 Thor Wickstrom is an artist who lives and works in the Berkshires of Western Massachusetts. He enjoys painting in the great American landscape tradition; on site, out-of-doors, and in all kinds of weather. His most fascinating work captures life in the Bronx in the form of streetscapes.

Thor studied painting and drawing at the Art Student's League of New York with American masters Robert Philipp, Julien Levy and Joseph Hirsch, among others. He later followed anatomical courses in Paris, at the Ecole des Beaux-Arts. In addition to his studio training, Thor copied from the masters at the Metropolitan and Louvre museums.

He currently works from his studio/loft in Western Massachusetts, where he is a full time painter and illustrator. Thor's original oils and figure drawings can be found at etsy.com/shop/wickstromstudio, and at studio21south, a fine art gallery in North Adams, Massachusetts. 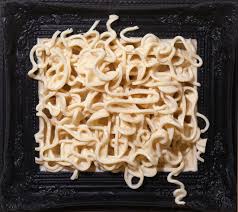 Sharon Mizota writes that "rubber can be a funny material. It's bouncy and used to make things like whoopee cushions and rubber chickens. Jeanne Silverthorne takes advantage of these associations to poke fun at artistic genius by reproducing its hallowed site -- the studio -- almost entirely out of rubber. At Shoshana Wayne Gallery , the installation includes a faux-wood patterned rubber chair and easel, a trash can full of rubber light bulbs, several rubber shipping crates and of course, rubber plants, complete with ambitious rubber ants.

Silverthorne seems to exhort us not to take art so seriously, but her pliant studio artifacts are also laced with signs of decay and disease. There are dying flowers, tiny flies and candles shaped like DNA sequences for mental afflictions like depression and panic (also all made of rubber). The quiet charm of the exhibition emerges as it uses this dark sense of humor to buoy the inevitable doubts and failures of artistic practice.

The objects function on several different levels, one of which is simply that they are made from an unexpected medium. The chair, easel and crates look like wood but are made of rubber, which turns them into a species of cartoon prop that one imagines might go bouncing or shimmying around the room.

But then there are objects like the trash can of light bulbs studded with flies, which could be just that, but might also be a metaphor for discarded, rotten ideas. Also of indeterminate status are the DNA candles, which could be artworks, but might also be read as novelties or a darkly humorous statement about artistic practice fueled by mental disorder. This multivalent approach allows the pieces' goofy humor to surface alongside their more macabre implications, cleverly defusing some of the drama we normally associate with the depths of creativity."

For many years now, Silverthorne has taken the studio as her subject.  The physical site of her creativity is also the inspirational probe of her art.  Her studio in a 19th-century, unrenovated building . . . with visible wiring, creaky floors, exposed ceiling pipes, bare light bulbs supplies all the images she needs.  Her subjects surround and envelope her.  sometimes she works directly with her space.  She will make a mold, for example, of her studio floor and then infuse it with symbols of gothic decadence of ruin and collapse, such as dandelions and weeds growing between the floorboards.  It is a vision of one’s environment that is existentialist in its portrayal of the absurd and the fleetingness of existence.  These are metaphors for the inevitability of age and decay, but tempered with humor , hope and humanity.

Although the artist says she looks at her studio as an archaeological site, it is more than just the excavation of a physical place.  The excavation uncovers an emotional place as well, where the viewer recognizes the darker aspects of the human condition and identifies with them in these works.  Starting from her particular site silverthorne creates another, more universal place where we have all been.