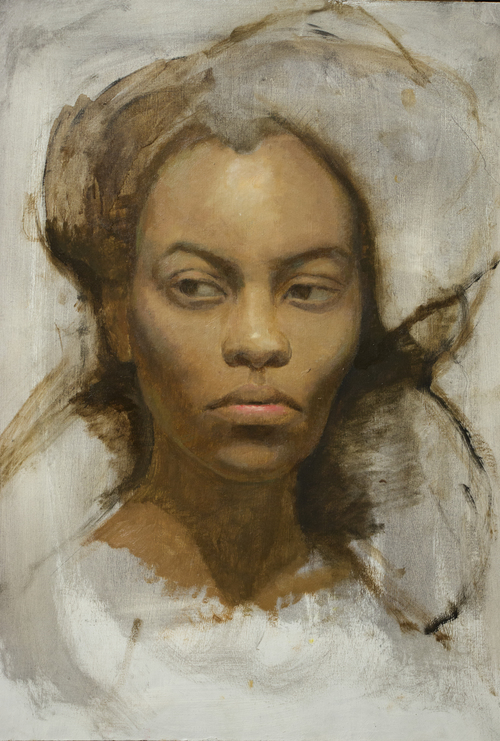 He says, "I create post-modern Renaissance paintings. They are inquiries into truth, exploring dialectical concepts and the personal perceptions that undergird them. "Where there is perception, there is deception" is a quote attributed to Buddha. My own work is often an effort to uncover my own deceptions. The figures I paint are symbols for ideas and conceptions of morality and spirituality that are larger than they are as individuals. This happened in Mannerism during the High Renaissance, yet my own version is post-modern in that there are multiple visible layers of unresolved meaning. The image, and the construction of the image, becomes a space in which to deconstruct contemporary definitions of painting and my own perceptions of the link between the feminine, masculine and the spiritual."

Originally from New Orleans, Rob Zeller lives and works in Brooklyn, NY. In addition to maintaining a full time studio practice in painting and drawing, Zeller is presently writing a book on the Figure for Monacelli Press, due out in Fall 2016.

He founded The Teaching Studios of Art in 2009, a school devoted to teaching traditional techniques to artists of all levels of ability. In six years, the school has employed over 30 artists as teachers and helped instruct over 1100 students, via classes and workshops, from all over the United Stated and abroad. Zeller teaches portrait and figure drawing and painting, as well as functions as Director.