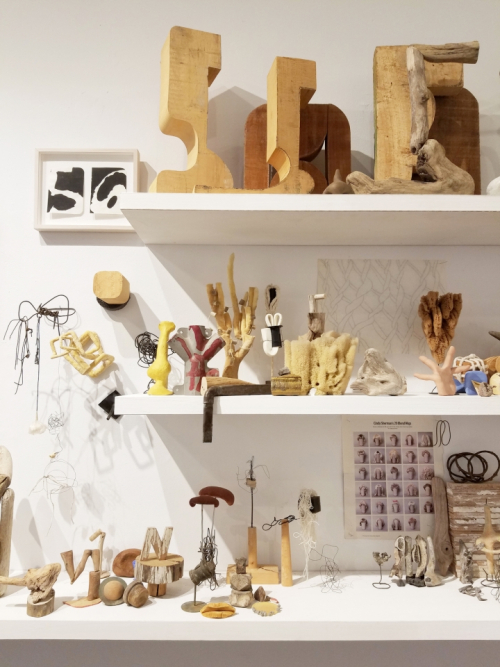 Robert Guillot is a sculptor with a surrealist edge. His enchantingly odd shapes and forms are enigmatic, enveloping a figurative, bodily essence while drifting into curious abstraction. The collective placement and presentation of these objects creates a specific terrain, a nimbly morphing landscape of accumulated parts. In speaking of his process, Guillot states: “Things arranged, again and again, over and under and in between. Together they create a visual rhythm, and this rhythm is EVERYTHING.”

Robert Guillot was born in Birmingham, Alabama in 1953. He studied at the Memphis College of Art and received his MFA at Yale University. Guillot’s work has been featured in solo and group exhibitions at Sideshow Gallery (Brooklyn); Jack Shainman Gallery (New York); Magasin 3 (Stockholm, Sweden); and The Stedelijk Museum (Netherlands). Guillot is the recipient of a National Endowment for the Arts Grant (1981) and a Milton and Sally Avery Fellowship (1992). Past residencies included Yaddo and the MacDowell Colony.  Guillot’s work has been reviewed in Hyperallergic, Artforum, The Yale Architecture Journal, The New York Times and The Village Voice.