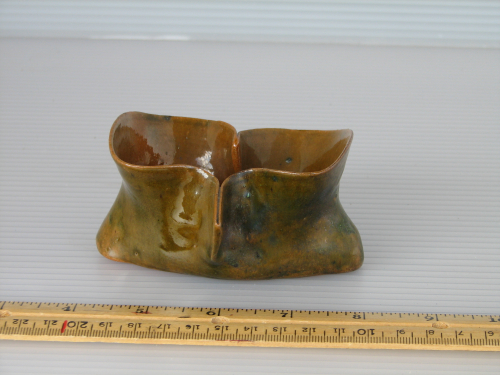 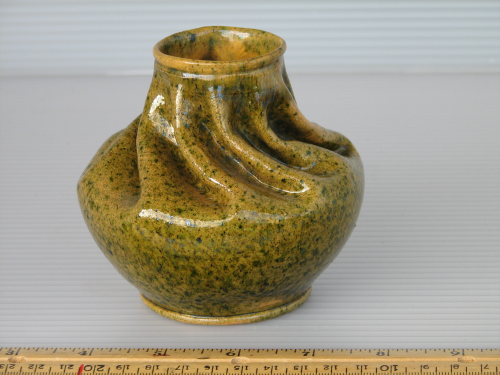 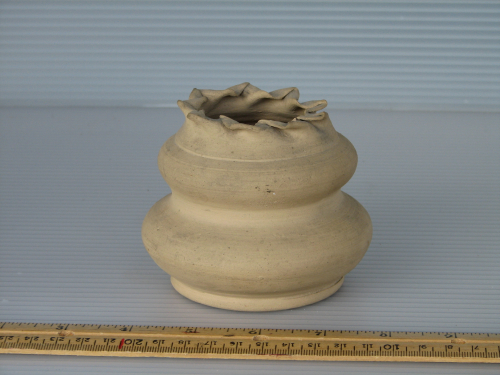 Known as The Mad Potter of Biloxi, George Ohr was a genius of clay. Not only does his work in porcelain defy shapes and forms, they hold a certain grace and unique beauty. Wikipedia describes Ohr and his work as follows: George Ohr (July 12, 1857 – April 7, 1918) was an American ceramic artist. In recognition of his innovative experimentation with modern clay forms from 1880–1910, some consider him a precursor to the American Abstract-Expressionism movement.

He is considered one of the first art potters in the United States, a precurser to other art pottery designers and creators such as Rookwood. The Metropolitan Museum of Art describes him as "arguably America’s quintessential art potter. He built his own kiln, dug his clay, threw his vessels with extreme proficiency on the potter’s wheel to wafer thinness, altered those shapes, and then covered them with his own novel glazes. In form and decoration they are essentially Abstract Expressionist objects—almost 50 years before that movement was founded. In fact, deemed ultimately very modern in this century, they had great appeal to such modern artists as Jasper Johns and Andy Warhol, who formed collections of them. Ohr’s work is extraordinarily idiosyncratic and he practiced his own mantra of "no two alike," as exemplified by these works.

Ohr was a colorful character, and his quirky pottery became one of the added tourist attractions on Mississippi’s gulf coast. Self-proclaimed the "Greatest Art Potter on Earth," he was well ahead of his time, and the vases that he deemed "worth their weight in gold" would not command such prices until a few decades ago. Barely ten years after he began making such vases, Ohr closed his pottery, and packed up his pots, literally not to be discovered for another 50 years. Both of these vases came virtually straight from the artist’s cache, and were purchased by Martin Eidelberg, the donor, when the rediscovery of art pottery was in its infancy in the early 1970s."