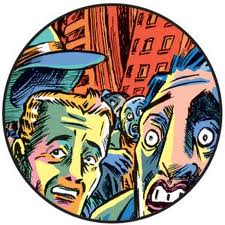 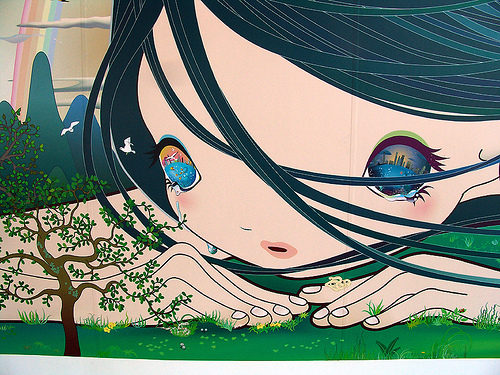 Aoshima’s work has garnered international renown with a number of high profile projects.  She collaborated with Issey Miyake in 2003, with her artwork featured in the spring/summer collection. In 2004, she was invited to participate in the 54th Carnegie International at the Carnegie Museum of Art, Pittsburgh, where she unveiled her largest wallpaper piece to date, measuring 106 feet (32.5m ) in length by 15 feet (4.8m ) in height.  In May 2005, as part of the Little Boy project, her ecologically-themed “City Glow” and “Paradise” series covered ad spaces throughout the Union Square subway station in New York, greeting commuters as they passed. In a solo show in 2005, Aoshima presented both her first sculptural work and a 5-screen 7-minute animation piece.

With a mastery of computer technology and a vocabulary of images drawn from Japanese comics and animation, the Tokyo artist Chiho Aoshima creates fantasy worlds in which hybridized creatures are participants in the composition's narrative as well as elements in a decorative scheme.

Magma Spirit Explodes. Tsunami Is Dreadful, a mural that spans a 40-foot wall, is a narrative of almost cinematic scope and complexity. Nature and humanity wreak havoc in myriad ways, from tidal waves to fiery conflagrations and war. These disasters, however, have been carefully choreographed; bright flames to the left of the composition give way in effortless transition to volcanic puffs of smoke that are in turn transformed into the blue-green expanse of a tsunami.

At the center of the mural, a giantess presides; she displays the round-eyed prettiness and flowing hair of a stereotypical animé ingénue. Belching smoke and snorting flames, arms and hair tendrils flailing wildly, she is soul and mistress of the mayhem, alluringly beautiful yet terrible in her anger. 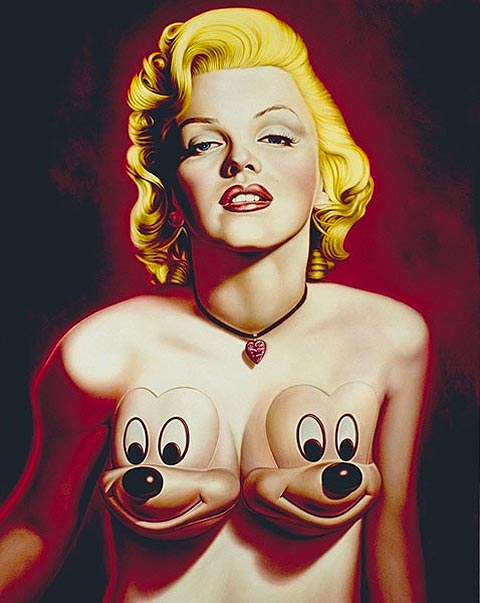 I just discovered Andrea Dezso and her fascinating series of works - in tunnel books (paper), strange embroidery, animation, sculpture, drawings, painted journals and sketchbooks. But despite the variation on the medium, there is a wonderful, surrealistic consistency through all her efforts. She creates a new world, not unlike Joseph Cornell, where body parts, girls with moss and mother's sayings from her Transylvania childhood all come into play.

Romanian-born Andrea Dezsö, a visual artist and writer, has taught tunnel book workshops at venues including the Cooper Hewitt National Design Museum in New York City and The Museum of Visionary Art in Baltimore, MD. For Slash: Paper Under The Knife, Andrea created an installation consisting of 30 one-of-a-kind tunnel books. Examples of Andrea Dezsö's tunnel books and other work can be seen on her website at www.andreadezso.com.

Andrea Dezsö earned her BFA and MAFA in visual communication at the Hungarian University of Design in Budapest. Following a year of teaching at her alma mater, Dezsö moved to New York, where she exhibited her work in galleries and held teaching positions at Parsons School of Design and the City University of New York. In addition ot solo exhibitions in the United States, Europe, and Japan, She has participated in numerous group exhibitions. Her public art projects are found in Budapest and in the New York subway at the Bedford Park Boulevard-Lehman College Station. Dezsö’s illustrations have appeared in The New York Times, Harper’s Magazine, Time Magazine, Mc Sweeney’s and others. Currently, she is assistant professor of media design at Parsons The New School for Design in New York.