Though Far From The Main DC Drag, There's Lots To Check Out In Georgetown! 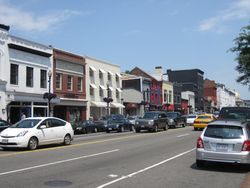 If you're a shopping freak, then Georgetown is the place for you.  It has several shops and high end boutiques to offer.  M street is the main drag, which leads right from the Foggy Bottom neighborhood all the way over to the Francis Scott Key Bridge; and that stretch is roughly a mile long.  Georgetown is not the most convenient when it comes to getting here by public transportation, but it is totally worth coming to because it is one of the trendiest, if not the most, places in DC.  One store that I like is called Paper Source located at 3019 M Street NW.  Apparently this place has several locations around the country including three of them in NYC.  They don't sell just paper, they have a lot of cool stationary items as well.  They are items you use everyday but they put some fun twists on them.  So it's fun store to check out! There are hundreds of other amazing stores around here that I cannot count, so Georgetown is the place where there is everything that money can buy and youy can shop till you drop! 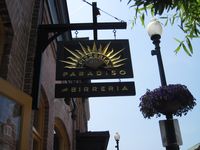 For some food and drink, head over to Pizzeria Paradiso for some of the best pizza in the city! In my opinion, it can be as good or maybe even a bit better than some of the pizza you can get in NYC.  After your delicious pizza, walk right next door to Dean and Deluca for some coffee and some sweet treats.  They have many things that are good including an enormous bulk section of candy, baked goods, and gourmet lunch and dinner foods.  There are also several pubs which are pretty much everywhere on almost every street corner so if you need swig of something, chances are you will come across a pub right in front of you as you're walking.

All in all, Georgetown is a great place to go where there are many shops and restaurants that would appeal to everyone.  You might have a better kick out in Georgetown in the late evening hours and into the night since it's it's very lively then, but it's worth going to at anytime, but whenever you go, you will be glad you came in the end.

Off The Beaten Freedom Trail In Boston

Whenever most people think of Boston, they think of Paul Revere, the Freedom Trail, Quincy Market, Harvard and the many other universities there, but not me! I know of some other cool places to go when you're up in the largest city in New England.

Transportation is plentiful.  The Massachusetts Bay Transportation Authority or MBTA offers a very reliable Commuter Rail, Subway, Bus, and Ferry service to, from, and around the city limits (It's referred to as the "T").  To get from the New York area, you take Amtrak.  Timing of the trip depends on the train you take, if you take the Northeast Regional, it will take a little over 3 hours to get up there.  However, if you take the Acela Express like I did, it takes a little under 3 hours, and it's a real thrill to ride the Acela to Boston since it races along at 150 mph along the gorgeous Connecticut coastline.  I took a snapshot of my phone GPS that showed my position and how fast I was going. Check it out! 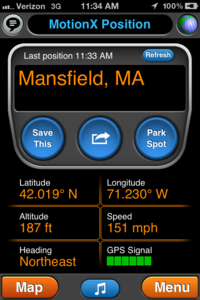 Once I got to Boston,  I took a quick trip over to the North End and Quincy Market.  I walked along Hanover St. but did not find anything that really turned me on.  I then decided to head over to Quincy Market.  I browsed around the typical touristy shops.  When I was walking by a restaurant called Dicks Last Resort, I noticed diners wearing strange looking paper hats. 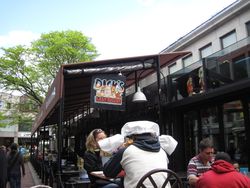 I hear that is part of the restaurant's shtick.  I also read that the serving staff is known for their rude behavior. If this is your idea of a good time, this is the restaurant for you.

I then went to Cambridge, which is only a 10 minute ride on the T from Quincy Market.  You know what schools are there.  There were lots of students on the street as well as street musicians.  The stores consisted of college apparel shops, restaurants, and Boston souvenir shops.  There were a couple of high end stores, but they were few and far between.  Now on to an edgier spot and what I find more interesting.

I took the red line from Cambridge over to the green line T, which brought me to the neighborhood of Allston.  This line of the T is a light rail and runs both above ground and underground.  On the ride, I had a chance to see the Boston University Campus.  Shortly after passing the campus I got off at Harvard Avenue. which is the main drag in Allston.  Allston is considered to be Boston's "rock city." 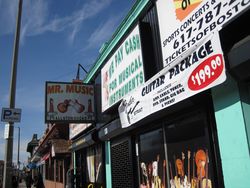 Everywhere you look there are music stores and dive bars featuring live bands.  My favorite music store is called Mr. Music located at 128 Harvard Av.  Their main focus is guitars and guitar accessories.  The staff is friendly and cool.  The rest of Allston has an eclectic mix of fun stores including tattoo shops, comis stores, and tarot card readings.

After exploring Allston, I hopped on a bus down Harvard Avenue over to the town of Brookline, MA.  This is also a fun place to look around.  Here too, is an eclectic mix of shops, but a little higher end than in Allston.  Before I left Brookline, I went over to Anna's Taqueria to get a tasty Burrito.  Anna's has many locations including Cambridge, Somerville, Allston, and Brookline.  It's a good choice for an inexpensive meal.

This ended my trip to Boston and I had to catch the Amtrak back to New York.  Once again I enjoyed the beautiful views of the Connecticut coastline before it got dark.

Princeton, NJ. It's Not Just About the College!!

Ok, you might think that the only icon that shouts out Princeton is Princeton University. Hell, that is not the case! There are lots of things you can do in this quaint town. The train takes about 88 minutes on a local train from Penn Station in New York City. You take the train to Princeton Junction then switch to the "dinky" shuttle train and that stops right on the Princeton campus. The campus is right in town so it's a short walk from the station. You can take NJ Transit or Amtrak. I took NJ transit because it's cheaper. It's $33 round trip from the city. Yes, there are trains you can take in New Jersey. New Jersey happens to have the densest railroad system in America, with several commuter lines that span to almost every pocket of the state.

There are several shops that would appeal to all ages. One of my favorite stores in Princeton is the Princeton Record Exchange located at 20 South Tulane Street. 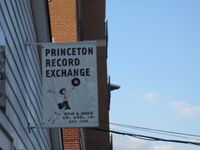 This place has thousands upon thousands of vinyls and dvds 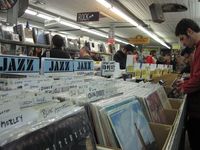 that you could ever imagine; in several price ranges. There are ones that are as cheap as a dollar and there are ones that can cost thousands of dollars depending upon how scarce or rare they are. I bought a Kinks vinyl, it actually came with 2 records. It's called, "The Kinks, Everybody's in Show-Biz." Everyone who buys a record must use a turntable in order to the record to play. I am especially impressed with the album cover! I interviewed the General Manager of Princeton Record Exchange, Jonathan Lambert. In this video he will talk about the history of the store and what the business is about. Enjoy!

Princeton also has a variety of eateries and food stores that are very enticing. If you are coming right from the train, and you need a caffeine boost OR something to munch on, I would say to head right over to Small World Coffee located at 254 Nassau Street. 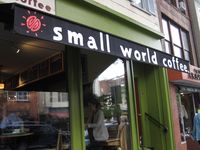 The baristas are very friendly and they give you a great cup of joe. 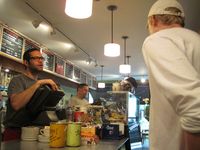 This place would be a great introduction to Princeton and would give you a sample of life there, even some of the college life since many students come and study while sipping a cup of joe. That is why this is the best place to start out as soon as one arrives in Princeton! There are several good places where you can get a bite to eat for lunch. Olives Gourmet Bakery and Deli located at 22 Witherspoon Street has a great selection for the health conscious. They have soups, salads, and typical Jersey subs. The other place you can go to is D'Angelo Italian Market located at 35 Spring Street.

This place has a variety of tasty Italian goods such as sandwiches, breads, and pastries. They also have typical grocery store items and did I mention that there is an entire freezer section with over 15 different types of ravioli!? In case you haven't noticed, I like pasta.

There are so many different shops and boutiques ranging from a Lacrosse store to a spice shop to clothing stores catering to any style.

The bottom line is this is a great day trip from NYC.