"And Then I Wrote A Song About It" - Big Musical, One Person
More Ogle-Worthy Men's Underwear Ads

Baby It's Cold Outside - Sexy Guys in Cold-Weather Gear 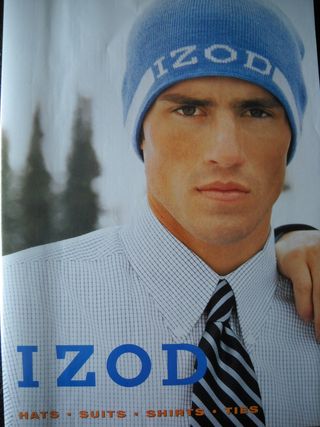 Inspired by this year's harsh winter (2011), I immersed myself in a review of winter fashion ads from my archive and found a good many that warmed me up - on a number of levels.  And, as a friend once pointed out, if you've got a great physique your sex appeal shows through no matter what (or how much) you wear.  And the selection of ads I've chosen prove his point.  Please enjoy the parade of sexy men in their cold-weather attire ...

This handsome man lounging in his long johns beckons you to open the catalog - whose pages will be comprised largely of skimpy underwear on beefy torsos - which, of course, is Undergear's bread and butter. 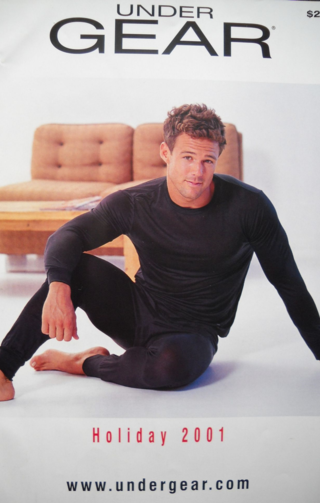 A high-end sportswear clothier established in 1978 and based in Milan, the company is named after the famed British golfer from the 1930s, '40s and '50s known for his impeccable style of dress (and who I never heard of).  Similar to Polo, Henry Cotton's prides itself on "informal elegance".  It has a big presence in Asia, but has failed in its attempts here in the States at operating standalone retail stores.  Instead, it has a roster of exclusive stores that carry its label. 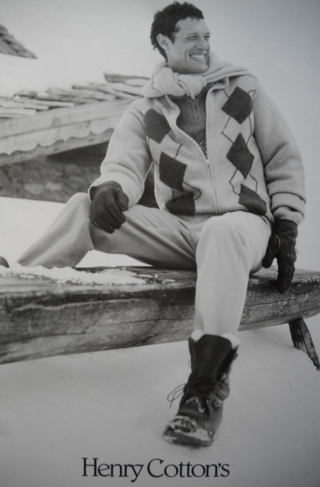 UA claims to have created the "performance apparel" category in 1996, supplying the NFL and college football teams with lightweight, breathable workout gear that hugs every muscle.  The company expanded into the consumer market about around 2000.  (Count me as a satisfied customer.)  It offers great form-fitting gear for all types of activities and all types of weather. 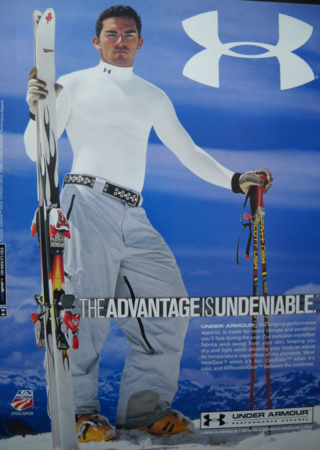 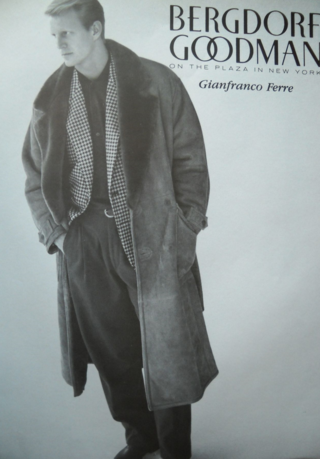 He's got stunning eyes, a rugged and square jawline and a luxurious fur collar to keep him cozy.  A beautifully composed ad for an 114-year-old (as of 2014) menswear manufacturer headquartered in Rochester, NY (a surprise for all of us who think only of Kodak whenever this city is mentioned). 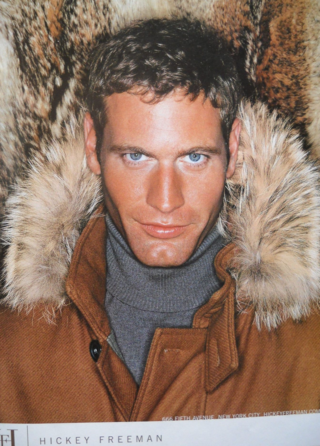 Although the company's founder, Salvatore Ferragamo, has been dead for more than 50 years, his legacy of fine footwear lives on.  And as this ad attests, the presence of a hot body isn't always necessary to exude sex appeal.