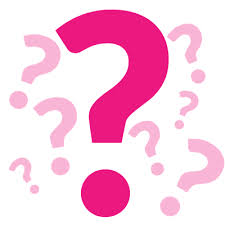 Although some openly gay celebrities such as RuPaul and Ellen DeGeneres have managed to extend their fame well beyond 15 minutes, the gay celebrities featured in this post experienced a brief period of popularity that has since faded.  But although their careers may have peaked, for the most part they're still involved in their craft.  And, of course, there are always second acts!

Sweeney rose to fame during the 1984-85 season of Saturday Night Live and was perhaps best known for his somewhat maniacal portrayal of Nancy Reagan.  I last recall seeing him on an episode of Seinfeld where he played an executive assistant who catches Elaine trying to take her tennis racket from his boss's office.

Upon half-brother Newt's rise to power in the mid-90s as Republican Speaker of the House, Gingrich was thrust from obscurity and suddenly became a gay activist.  (In fact, her 1997 memoir is titled The Accidental Activist.)  However, once Newt dropped from the headlines, for all intents and purposes, so did Candace.  She's now 55 (2021). 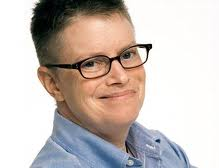 She rose to B-list stardom in the late 1980s, while co-starring as Marcie, the Bundy's yuppie next-door neighbor on Fox's first sitcom, the outlandish Married with Children.  She came out in the early 1990s and was later involved in a somewhat unsettling child custody suit with a former female partner.  She's now 62. 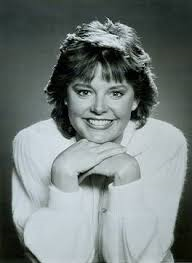 Resembling somewhat the fair-haired twin of Mad Men's Jon Hamm, Gant played the hunky HIV+ boyfriend of Michael Nifotsky in Showtime's Queer as Folk.  Since then he's made a string of guest appearances on primetime TV.  Then after QAF I was pleasantly surprised to see him in commercials for Volkswagen and Olive Garden.  He turned 53 in July (2021). 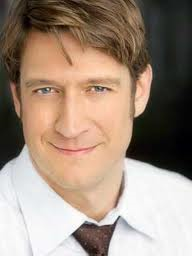 Sebastian is a dancer/actor who was a bartender briefly at New York's Splash bar before landing his biggest role in 2001, when he was cast as Rocky in the Broadway production of The Rocky Horror Picture Show (which required him to dye his hair the color of white gold).  He's also performed at Broadway Bares and was in the Ricky Gervais bomb Ghost Town.  Additionally, he was a dancer in the movies Boogie Nights, and Chicago.  In 2012 he appeared for a few minutes in the critically lauded in the indie film Keep the Lights On, playing a muscle-head on crystal.  I'd venture to guess he's now in his mid-to-late 40s. 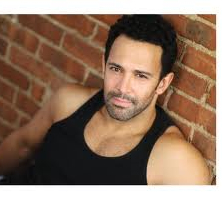 Openly gay and HIV+, Rudy, now 52 (Sept. 2021), won the Men's figure skating title at the 1996 US Nationals.  At times he raised eyebrows with some of his edgy costumes - 10 years before the flamboyant and outspoken Johnny Weir further upended the figure skating arena. 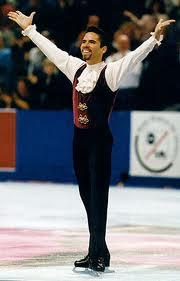 Somerville was lead singer of the groups Bronski Beat (Smalltown Boy) and Communards (Don't Leave Me This Way) before launching a solo career.  Known for his falsetto and distinctive skinhead look, the British Somerville's peak popularity (in gay circles) was largely from the mid-80s to early-90s.  He recently turned 60 during the summer of 2021. 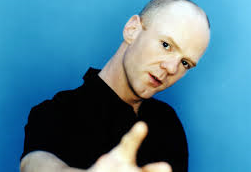 Sybil sprang to celebrity status upon being crowned the first empress of the Imperial Court of New York in 1987.  After completing her reign, she continued as a charismatic and telegenic drag performer.  What made her distinctive was her buff body, closely cropped hair and sparkling personality.  She appeared regularly on the Gay Cable Network (GCN), which aired on local access in NYC and Cincinnati, and also hosted bingo nights, often for charity, at various venues.  Over the years I occasionally spotted Sybil's masculine persona, John Burke, eating breakfast at Manatus in the West Village (which closed in the mid-2010s). 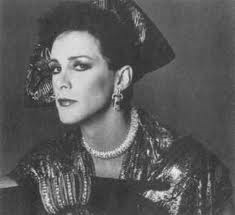 This Canadian's springboard to quasi-fame was as one of the Kids in the Hall comedy troupe, whose sketch show aired on Canadian TV in the 1st half of the 1990s, and on Comedy Central in the US.  Roles that were audience favorites included gay bon-vivant Buddy Cole, housewife Fran Wilson, and sensible office worker Cathy.  After Kids, he was a regular on HBO's Larry Sanders Show, had a recurring role on NBC's Providence, and made numerous guest appearances on other shows, including late night talk shows.  He turned 62 in 2021. 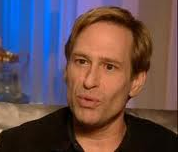 A charming and unassuming designer of clothing and housewares, Oldham he hosted Todd Oldham's House of Style on MTV in the 1990s and had stints with Target and Old Navy among other places.  He'll turn 60 later this year. 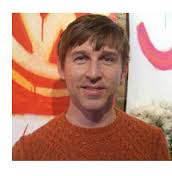