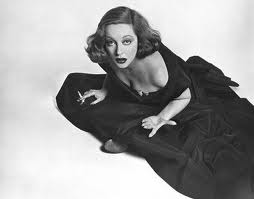 Actress Tallulah Bankhead succumbed to double pneumonia on December 12, 1968 in New York at the age of 66.  Over the years stories of her merry debauchery have been passed from generation to generation.  Because of these stories it might be easy for those unfamiliar with her to equate Bankhead with the likes of Paris Hilton or Jersey Shore's Snookie.  However, that would be an insult to her memory because she wasn't merely famous for being famous - she had talent!  Absolutely Fabulous' sybaritic duo of Eddie & Patsy may very well have been created using Tallulah as their template.  (In her later years she bore a striking resemblance to Bette Davis' Margo Channing from All About Eve.)

Career highlights included the Broadway plays The Little Foxes and Private Lives, and the 1944 Alfred Hitchcock movie Lifeboat.  She even appeared on the covers of Life (1939) and Time (1948).  Later in her career she made TV appearances on primetime shows such as the Lucy & Desi Comedy Hour; Batman; the Red Skelton Show; and the Smothers Brothers Comedy Hour. 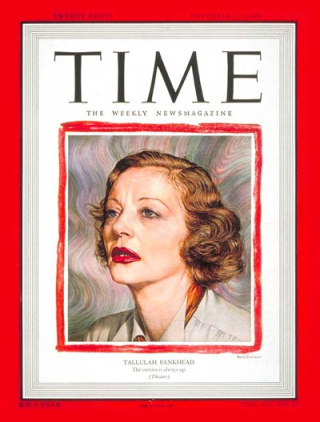 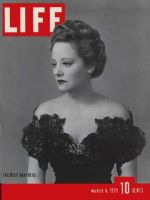 Known for her wit, a few of my favorite Tallulah quotes are: "I'm as pure as the driven slush" and "Daddy warned me about men and alcohol, but he never told me about women and cocaine" (she carried on affairs with the likes of Joan Crawford, Marlene Dietrich and Greta Garbo).  In 20101 Valerie Harper (pictured, below) portrayed her in the one-woman show Looped.  It was well received on the West Coast (Pasadena Playhouse), but ran for only a month in New York. 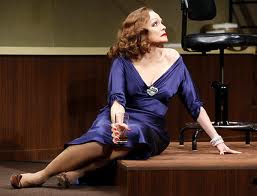 Wikipedia goes much deeper into Bankhead's life while the book Tallulah: My Autobiography is one of a number that provide insight into the life of this one-of-a-kind personality.