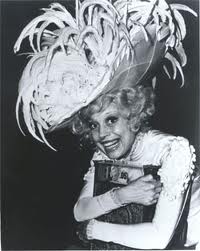 Known for her starring roles on Broadway in Gentlemen Prefer Blondes and Hello Dolly!, Carol Channing was the featured performer in one of the earliest Super Bowls, Super Bowl IV, which was played on Jan. 11, 1970.  In these early years the game hadn't yet become a mega media event/spectacle, so "edginess" wasn't a prerequisite when considering which performers to choose (e.g., for a number of years the squeaky-clean group "Up With People!"was tapped to perform.)  And two years later Channing performed at the game again.

Since those primitive times, a long line of divas have been invited to sing the National Anthem at the start of the game, including Diana Ross in 1982; Cher in 1999; and Beyonce in 2004.  Whitney Houston's rendition before the 1991 game was so well received it was released as a single.  (Before she became notorious for her anti-gay campaign in 1977 Anita Bryant sang at 1969's Super Bowl.) 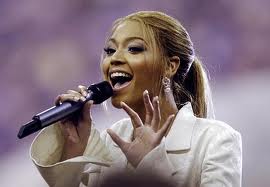 In addition to her duties at the 1982 game, Diana Ross was the halftime entertainment in 1996, and when her performance was over she departed by helicopter - hanging from a ladder as she was lifted off!  Madonna, at long last, was tapped to provide the halftime entertainment at Super Bowl XLVI in 2012, and the following year Beyonce held court at the 50-yard-line.  Hats off to Super Bowl organizers for continuing to plan an event with something for everybody!  And a little more than a month before the COVID-19 pandemic shut down the US in 2020, J-Lo (along with Shakira) gave a halftime performance for the ages. 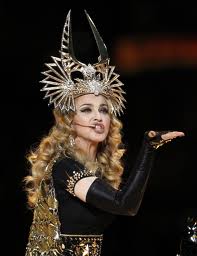 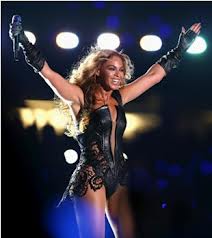 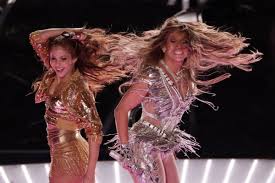 Getting back to Carol Channing, she was the subject of a documentary titled Carol Channing: Larger Than Life. It made the rounds at gay film festivals in 2011 and opened in "select" cities (i.e., very few) in the latter half of January 2012.  (Ms. Channing died in January 2019, a few weeks shy of her 98th birthday). 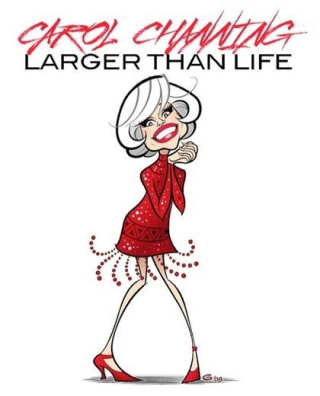 This is often my favorite part of the game.
Cher's version was a classic. She holds the final notes as only Cher can.
I heard she is nominated for a Razzie for Burlesque. God help those people if she wins bec' she will show up and like Sandra B did last year. She will read those people.

Yes,I think her version is far better than Whitneys. (And Beyonces Jennifer Hudsons were well done too.)