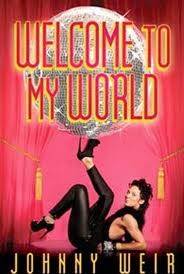 January and February are the prime months for figure skating competitions so it was fitting that Johnny Weir's 2011 autobiography Welcome to My World was published at this time.  (Spoiler Alert: Johnny reveals that he's gay!)  Weir is the Boy George and Lady Gaga of male figure skaters, i.e., as my mother would say, he's quite a handful.  Interestingly, his signature flamboyant style is in sharp contrast to his upbringing in southeastern Pennsylvania's Amish country. 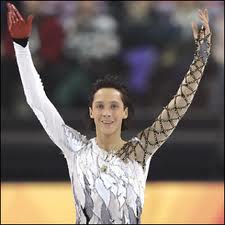 During his career, Weir (now 37) won 23 medals, including the gold at the US Nationals three years in a row.  However, he failed to medal in either the 2006 or 2010 Winter Olympics (placing sixth and fifth).  His flamboyance and flouting of tradition is risky in a sport with a scoring system that depends largely on the subjectivity of its judges.  It may have also cost him endorsement deals that more traditional skaters like Brian Boitano and Evan Lysacek (both Olympic gold medal winners) received.  (The same probably holds true for another openly gay skater, before Weir's time, Rudy Galindo.)  In the 2010s, however, Weir became a commentator for NBC during figure skating competitions. 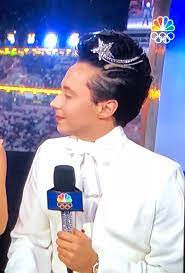