Feb 7, 1977 - The U.S. State Department lifts its ban on the employment of homosexuals.

May 7, 1977 - Grace Jones sits atop the Billboard Dance chart with her international hit I Need a Man. 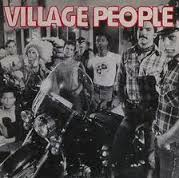 Oct 9, 1977 - In an episode of All in the Family titled "Cousin Liz" Edith discovers that her deceased cousin was a lesbian with a long term partner.

Nov 3, 1977 - 47-year-old Harvey Milk becomes one of the nation's highest profile individuals who is openly gay when he's elected to San Francisco's Board of Supervisors. 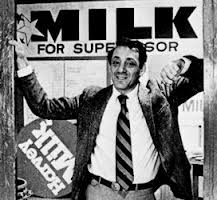 If you'd like to read about more gay pop culture milestones from other years, double click here.