April 21, 1974 – Tommy Tune wins the Tony Award for Best Actor in a Musical for Seesaw.  It is the first of nine Tonys he’d win in his career (encompassing acting, choreography and directing).

Aug 8, 1974 - Two years before it was picked up by the San Francisco Chronicle Armistead Maupin's serial, Tales of the City, was first published today in the Bay Area by The Pacific Sun. 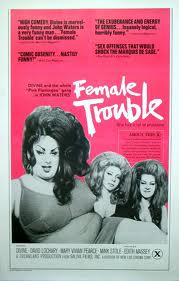 Oct 8, 1974 - Marcus Welby, MD airs a controversial episode about a high school boy who is raped by one of his teachers.

Oct 15, 1974 - An arson fire destroys the Firehouse, New York's first gay community center (and headquarters for the Gay Activist Alliance).  It was located in SoHo.

Nov 5, 1974 - Lesbian Elaine Noble wins election to Massachusetts' House of Representative, the first openly gay person to be elected to a statewide office.

(To read about gay milestones from other years double click here.)