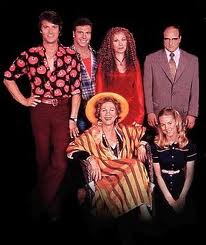 Armistead Maupin's Tales of the City aired over three nights on PBS, with the first episode airing on Monday, January 10, 1994.  I was captivated by the series after receiving the boxed set of volumes as a Christmas gift five years earlier.  (I'm not a fan of fiction but I breezed through these volumes, perhaps because I could identify with the storyline - and its chapters were only 3-5 pages in length.)  Tales takes place in San Francisco during the swinging 1970s and is seen largely through the eyes of Mary Ann Singleton, a recent twenty-something transplant from Cleveland.  And although gay neighbor Michael Tolliver was a key character, Tales was more than just about San Francisco's gay life.

Among its cast were Olympia Dukakis, Laura Linney and Parker Posey (the latter two in the early stages of their careers).  The mini-series' frank portrayals of gay life, drug use and some nudity made it controversial and PBS provided squeamish stations an edited version.  There would be two subsequent installments (More Tales of the City in 1998 and Further Tales of the City in 2001), but neither aired on PBS (despite record ratings of the initial series).  This was in response to threats made by conservative politicians to sharply reduce PBS's federal funding.  Instead, More Tales and Further Tales aired on Showtime.

Then in 2019, Netflix produced a 10-episode sequel that brought the story to the present day (with San Francisco's sky-high real estate prices, PrEP, and transgender issues part of the 21st century storyline).  Laura Linney and Olympia Dukakis reprised their roles. 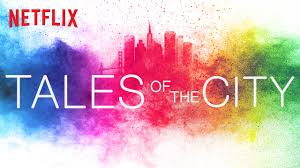 Laura Linney was so good in this series. Her character was so young, innocent and perplexed! I Loved It!