Jan 18, 1982 - The first episode of the mini-series Brideshead Revisited airs on PBS.

Feb 20, 1982 - The British medical journal The Lancet reports that amyl nitrate ("poppers") damages the immune system and might be a cause of AIDS. 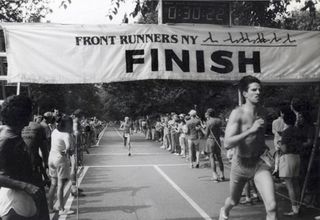 Aug 31, 1982 - German director Rainer Werner Fassbinder's last film, Querelle, has it premiere at the Venice Film Festival, two months after his death at the age of 37. To read about gay milestones from other years, double click here.