Feb 16, 1997 - Tonight's episode of The Simpsons, titled "Homer's Phobia", finds Homer trying to disassociate himself from a new acquaintance (voiced by John Waters) when he learns he is gay. 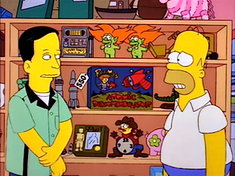 April 7, 1997 - Ellen Degeneres comes out in this week's issue of TIME Magazine with the famous cover headline of "Yep, I'm Gay".

April 20, 1997 - The TV movie In the Gloaming, directed by Christopher Reeve, airs on PBS.

April 30, 1997 - The coming-out episode on Ellen, a beacon of controversy, draws a large audience. 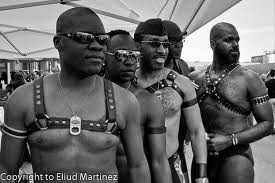 Sept 19, 1997 - The comedy In & Out, about a teacher (played by Kevin Kline) who's unaware of his sexual orientation until he's outed on national TV, opens in theaters.  Tom Selleck plays a gay TV news reporter. 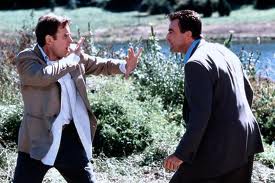 Tags: In the Gloaming, Moises Kaufman, movie In and Out, My Best Friend's Wedding, Tom Selleck and Kevin Kline, Tom Selleck's gay role in In and Out