April 8, 2008 - A singer who goes by the name of Lady Gaga releases her first single, Just Dance.  Nine months later it would reach #1 on the Billboard Hot 100.

Aug 22, 2008 - In a major upset, Australia's openly gay diver, Matt Mitcham, wins a gold medal in the 10-meter diving competition at the Summer Olympics in Beijing. 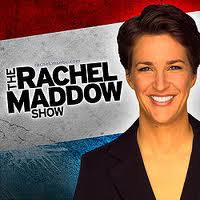 Nov 4, 2008 - By a narrow margin, voters in California overturn the state's Supreme Court ruling that same sex couples have a constitutional right to marry, thus putting somewhat of a damper on Barack Obama's election as U.S. president.

Nov 15, 2008 - Beyonce performs a hilarious Single Ladies skit on Saturday Night Live with three men as her backup dancers, one of whom is Justin Timberlake.

Nov 30, 2008 - On a segment of 60 Minutes Anderson Cooper challenges Olympic swimming phenom Michael Phelps to a race but disappoints by wearing dorky swim trunks instead of a slinky Speedo like Phelps'.