March 4, 1998 - The U.S. Supreme Court rules that sexual harassment in the workplace is illegal even if it occurs between members of the same sex.

April 8, 1998 - Singer George Michael is arrested for "public lewdness" in a public restroom in a park in Beverly Hills.

July 24, 1998 - Three months before the debut of Will & Grace, Sean Hayes stars as a gay character in the movie Billy's Hollywood Screen Kiss, which opened today in limited release. 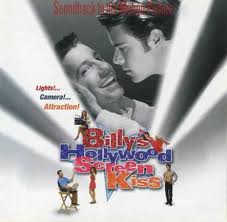 Oct 12, 1998 - College student Matthew Shepard dies five days after being beaten and tied to a fence post in Laramie, Wyoming.

Nov 4, 1998 - The movie Gods and Monsters, starring Ian McKellen as gay film director James Whale, opens in theaters.  McKellen received an Oscar nomination for his role and the movie won the Oscar for Best Adapted Screenplay.

Nov 17, 1998 - A judge in Ontario, Canada rejects figure skater Brian Orser's request to ban public access to details of a palimony lawsuit filed by a former boyfriend.  Orser was winner of the silver medal at the 1984 and 1988 Winter Olympics.

Dec 6, 1998 - Michael Huffington, Arianna's multi-millionaire ex-husband, comes out in an interview in January's issue of Esquire Magazine.  They divorced in 1997 after eleven years of marriage.