Jan 10, 2009 - Patti LuPone stops in the middle of her performance in Gypsy and has an audience member thrown out for snapping a photo. photos.

March 25, 2009 - Grindr, a "hook-up" app for men seeking other men in their neighborhood for sex, is introduced.

March 29, 2009 - The Oscar Wilde Bookstore in Greenwich Village closes its doors after 42 years (37 of those years were spent on Christopher St.)

April 19, 2009 - Miss California creates a controversy at the Miss USA Pageant when, during the Q&A portion of the pageant, she declares her opposition to same-sex marriage.

April 30, 2009 - The off-Broadway play The Temperamentals opens, a drama about the founding of The Mattachine Society.

May 20, 2009 - Adorable Kris Allen is the surprise winner of American Idol, beating gay glam rocker Adam Lambert, who was the favorite.

Sept 23, 2009 - ABC's new sitcom Modern Family debuts.  It features three couples, one of which is gay daddies Cameron and Mitchell. 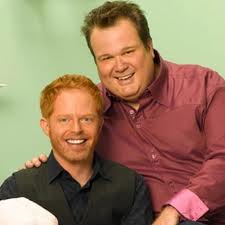 Oct 4, 2009 - On Saturday Night Live, Lady Gaga and Madonna appear in a skit together in which they have a catfight.

Oct 11, 2009 - On tonight's episode of Mad Men, closeted art director Sal (played by out actor Bryan Bratt) is fired after rebuffing the advances of the Lucky Strike client.  This would be Sal's last appearance on the series.

Dec 12, 2009 - Houston becomes the largest city in the U.S. with a gay mayor when it elects lesbian Annise Parker to the office.