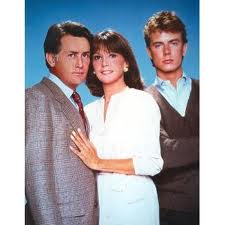 The TV movie Consenting Adult aired on Monday, Feb. 4, 1985 on ABC.  It starred Marlo Thomas and Martin Sheen as parents struggling to accept the news that their college aged son is gay. (The son was played by relatively unknown actor, Barry Tubb.)  A capsule review in the New York Times perfectly captured the movie's tone: "A college sophomore's revelation to his parents that he is gay tears apart a "perfect" family, with mom shocked beyond belief and dad, recovering from a near-fatal stroke, devastated and betrayed."

It was somewhat ironic that Sheen was cast as the unsupportive father, since 13 years earlier he had played the gay partner of a father (played by Hal Halbrook) coming out to his teenage son in the landmark 1972 TV movie That Certain Summer (pictured, below).  Meanwhile, Marlo Thomas' frantic pleading in hopes of keeping peace in the family brought back memories of her Ann Marie character from That Girl - but in a much more serious tone. 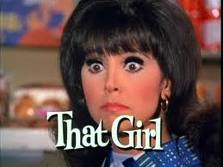 At the time the movie aired I was 27, and by then everyone in my family was aware I was gay.  Mom knew first, Dad last, and my older sister and brother in between.  Mom was shaken, but adjusted, while it took Dad longer to come to terms, but he settled down as the years passed (after all, I still talked to him about sports!).  The news was never a big deal for my sister and brother.  (My sister-in-law, who was a nurse, warned me about the dangers of putting a shot glass in my rectum, as she'd seen a number of such cases in the ER.)  I called Mom the day the movie was to air and she told me she had already planned to watch.  (It got a solid 22 household rating/33 share.)

Has anyone a copy of this? Will be happy to pay for a copy.

I have a copy on DVD that was copied from a video tape that was already degrading. It's watchable, but not a great print. I don't know how to copy it. Can I do it on my computer?

How could I buy an original copy on a DVD or Blue ray.

Barry Tubb....Wolfman from Top Gun. Excellent. One of the gayest non-gay films ever.