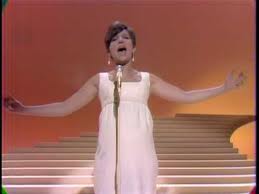 One year after her first acclaimed TV special, titled My Name is Barbra, 23-year old Barbra Streisand starred in her second CBS special.  Coinciding with the release of her new album by the same name, Color Me Barbra was filmed largely at the Philadelphia Museum of Art over one weekend during off-hours.  A big difference from the first special was that this one was in color. 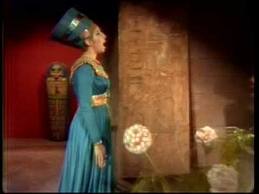 I finally got around to watching the telecast when I rented it during the winter of 2007.  I was especially enchanted by the opening song, Draw Me a Circle, which I'd never heard before - and I immediatedly bought it on iTunes.  (However, it wasn't a track from Color Me Barbra, but an earlier album).

This special and four others is available on Barbra Streisand: The Specials and the CD Color Me Barbra is available on Amazon.   Here's another great segment from the special.