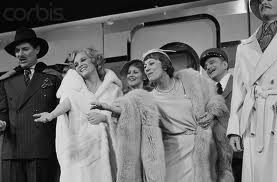 Every card-carrying homosexual remembers his first Broadway show.  Mine was On the 20th Century, which I saw on March 16, 1979, a few days before it closed (the show was winner of the Tony for Best Musical in 1978.)  I saw the show with my older brother, and our orchestra seats were $17.50 apiece.  Since I'm not a native New Yorker, it wasn't until I was 21 that I saw my first show.  However, once I moved to New York, I went to the theater on a regular basis.  And while I don't consider myself a "theater queen", I manage to see about four or five shows every year (and I have the Playbills and ticket stubs as proof).  My peak year was 2002 when I saw thirteen.  And of the 150+ shows I've seen, On the Town was the only one I walked out of.

Some memories that stick with me:

Most of us have experienced the heartache of discovering the little white slip in their Playbill announcing a featured actor isn't appearing in that day's performance.  My disappointments have included: no Jennifer Holliday in Dreamgirls; no Sutton Foster in The Drowsy Chaperone; no Kristin Chenoweth in Wicked (at least Idina Menzel performed) and no Douglas Hodge in La Cage.

I'm not a big fan, but I've seen Nathan Lane in six shows: The Lisbon Traviata; Guys & Dolls; Love, Valour, Compassion!; A Funny Thing Happened on the Way to the Forum; The Producers; and Gary: A Sequel to Titus Andronicus . Patti LuPone has starred in five: Evita; Anything Goes; Pal Joey; Gypsy; and War Paint.  And although I've seen nine Steven Sondheim musicals, I never saw Sweeney Todd, Into the Woods or A Little Night Music. 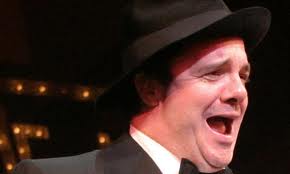 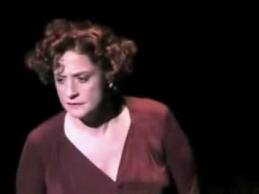 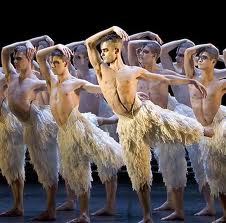