The baroness, Uncle Max's quips, the boys in play clothes made from curtains ... The Sound of Music is a movie dripping with gay undertones.  But not until I came out did I come to fully appreciate the movie for its camp value.  Some of the best lines wouldn't be out of place at a Fire Island dinner party in the Pines or Cherry Grove.  I never get tired of watching this gem of a movie.

Adjusted for inflation The Sound of Music is the third highest grossing movie of all time in the U.S. (after Gone With the Wind and Star Wars).  It won five Oscars including Best Picture and Director; however, Julie Andrews lost out to Julie Christie.  Christopher Plummer wasn't even nominated.

As with Grease and Moulin Rouge, re-watching The Sound of Music is always a treat for me.  In honor of the song My Favorite Things what follows is a list of my five favorite lines and five favorite scenes from the movie:

The baroness to flustered Maria as she hurriedly gathers up her belongings to return to the convent after the baroness tells her that the captain has fallen in love with Maria. 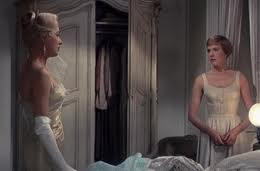 2. "If I'd have known I would have brought my harmonica."

The baroness' sarcastic comment to Max after the family puts on an impromptu performance arranged by Maria.

The baroness' gracious response to Georg after he tells her that their relationship wouldn't work.  (She was actually a decent character and ended up being a good sport about it all.) 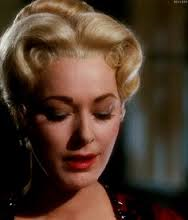 Spoken by Max (aka Uncle Max) to the baroness.  (What was his story?) 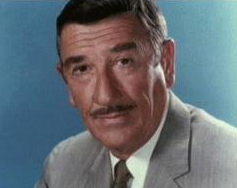 Max announcing the family as winners of the music festival, but they don't come out to accept their award because they've escaped.  (A female comedian in the 1990's whose name escapes me used this line as part of her routine.  She'd call out their name throughout the act and look around expectantly.  Cracked me up!)

1. The Captain's confrontation with Maria over her making play clothes for the children out of the curtains.  When he cuts off Maria's plea to love the children she angrily shouts "I'm not through!"

2. At the ball to introduce the Baroness to his friends the Captain sees Maria out on the terrace dancing a traditional Austrian folk dance (the Landler) with one of his sons and cuts in,  Near the end of their dance they lock eyes and Maria becomes flustered and stops, saying she's forgotten the rest.  One of the daughters exclaims "You're blushing!"

3. Mother Superior questions Maria's return to the abbey and Maria slowly explains the situation.  Before launching into the inspirational song Climb Every Mountain Mother Super orders Maria back to the family.  ("Maria, the love between two people is sacred too.  No, you must go back".) 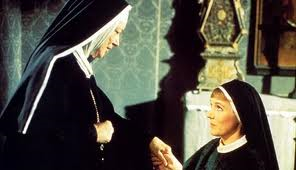 4. After breaking off his engagement to the baroness Georg finds Maria sitting in the moonlight.  He tells her that he was hoping one of the reasons she returned was because she missed him.  Then he tells her there's not going to be a wedding. ("You can't marry someone - when you're in love with somebody else - can you?") 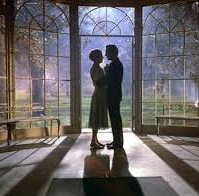 5. Before Diana's wedding to Prince Charles there was Maria's grand wedding to the Captain.  In a breathtaking scene she glides down the aisle of the church alone with her long train behind her. 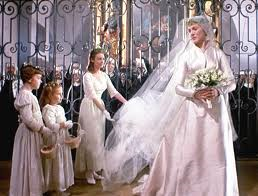 Bonus Scene.  The family's escape to the Swiss border.  Just like every time I watch the the Wizard of Ozand still keep hoping that maybe this time Dorothy will make it into the storm cellar, I still hold my breath when the von Trapps hide in the cemetery at the abbey hoping that the Nazi's won't find them (or that Maria won't accidentally smother Gretl because she's holding her so tightly to keep her quiet).