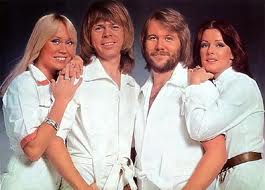 Three years after their first hit single, Waterloo, ABBA had their one and only #1 hit in the U.S. - Dancing Queen.  Although it stayed on top for just one week - Thelma Houston's Don't Leave Me This Way was breathing down its neck - it became a beloved classic.  Despite their wild popularity worldwide, in the US ABBA managed to have just four top-10 hits.  (They had ten other singles that peaked between #12-#32.)  It was a similar fate met by other groups/singers from foreign shores, such as Kylie Minogue, Robbie Williams and Boney M.

A few years after Dancing Queen, ABBA had a string of dance-oriented tunes that became big hits in gay clubs: Voulez Vous; The Visitors; Lay All Your Love on Me; On and On and On; and Gimme! Gimme! Gimme! (A Man After Midnight).  A lasting memory of my first visit to Fire Island Pines, in July 1982, was dancing to The Visitors at the Pavilion. 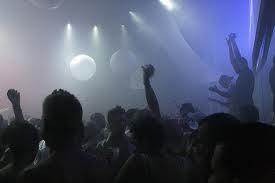 Even today, strolling along Fire Island Boulevard, you're certain to hear Dancing Queen coming from at least a few of the houses in the Pines (or in Cherry Grove).  At my house it was a tradition to play it whenever we celebrated a housemate's birthday after the cake was presented.  But while the song's lyrics are certainly appropriate for "the gays", I never thought the beat was fast enough to make it particularly danceable (at least for my taste). 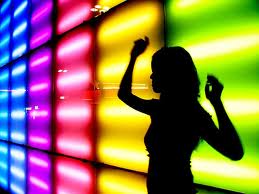 I planned to show a video of ABBA performing but, unfortunately, they're such wooden performers that, instead, I chose Kylie Minogue performing Dancing Queen at the closing ceremonies of the 2000 Summer Olympics in Sydney.