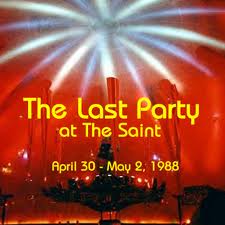 The Saint was the nation's (perhaps the world's) premiere gay dance club during the 1980s, and its closing party began on April 30 1988 - and continued until Monday morning, May 2.  Although I loved dance music, I was never part of the Saint crowd; however, I'd go once or twice a year.  My first time there was in June 1981, a few weeks before it closed for the summer; the last time was two weeks before the final weekend.  And it was more than just a dance floor - there were a lot of other places to explore and "experience".

An ex-lover of mine, Rick, went to closing weekend in two shifts.  During his second shift, he got into a bit of medical trouble because he bought some bad GHB and collapsed on the dance floor.  He woke up in the special triage unit set up at the club for these type of "situations". 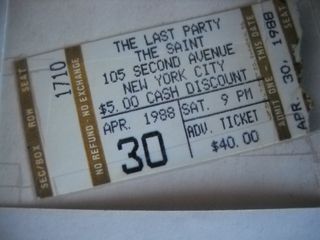 Here are five songs I most fondly associate with the Saint: 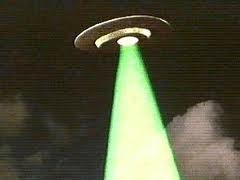 The "not-a-care-in-the-world" vibe of the club was brought home to me during a visit in October 1983.  It was a week after a truck bomb ripped apart a US Marine barrack in Lebanon, killing more than 250 servicemen.  As I pranced on the dance floor at 3AM, I thought of all the serious things going on in the world and how, here on this fabulous dance floor I was insulated from all of it. 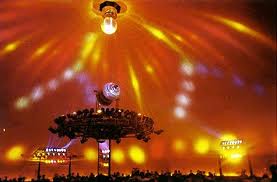 Tags: Dracula's Tango, Eve of the War, famous New York dance clubs, Hills of Katmandu, The Saint, Tonight is What it Means to be Young, Your Love by Lime