Coming Out With the Help of the Village People 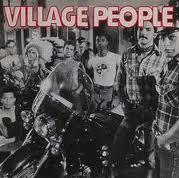 I bought the Village People's eponymous first album without having heard any of its songs.  I did so because their medley San Francisco/Hollywood had been high on Billboard's dance chart for months so I figured it was worth taking a chance on.  I was in my junior year at Penn State and I bought the LP at the record store in State College in the spring of 1978.  (The first disco album I bought was Donna Summer's double-LP Once Upon a Time the previous summer.)

The late 70's were my formative coming-out years and the songs on this album, e.g. Fire Island, Key West and San Francisco, provided me with somewhat of an education about gay life.  I'd get a frisson of excitement listening to these songs' lyrics about places I'd yet to experience. 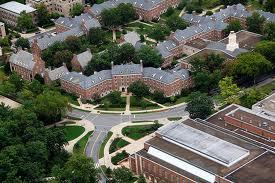 The dorm complex I lived in at University Park, West Halls (pictured), was where many members of the school's Nittany Lions football team lived; some players on my floor occasionally asked to borrow this LP for their parties.  Despite the fact that the Village People were embraced by gay men and their song lyrics were filled with gay double entendres, they managed to cross over to the oblivious general market, who seemed to get a kick out of the group's "camp pop". 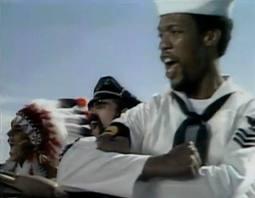 The first Village People song to chart was Macho Man, from their seconnd album, followed by the ubiquitous YMCA, which spent three weeks at #2 on Billboard's Hot 100 in the winter of 1979.  Their third album Go West was released in the spring of 1979 and the single In the Navy went to #3.  Rolling Stone Magazine even put them on its cover.  However, overexposure soon ensued and the group "jumped the shark" in 1980 with their embarassingly bad movie Can't Stop the Music.

The Village People Appear on the Cover of Rolling Stone

Creator of the Village People, Jacques Morali, Dies of AIDS