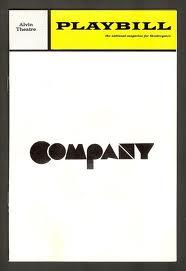 Stephen Sondheim's musical Company had its Broadway opening on April 26, 1970.  The story revolves around Bobby, a swinging bachelor in his mid-30s, and the three married couples who are his close friends.  The wives are concerned about him still playing the field while the husbands are somewhat envious of his freedom.  I often wondered if "Bobby Baby" might be gay.  In fact, there is a scene in which one of the husbands lightly propositions him - but Bobby demurs.  (In 2013 there were reports that Sondheim was involved in a major rewrite of the show in which Bobby was gay.)  At the time the show was considered groundbreaking because it was the first to explore "modern" themes.  It ran a little more than a-year-and-a-half and closed on New Year's Day 1972. 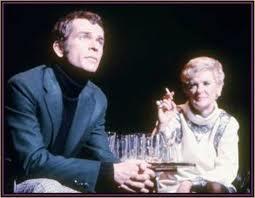 Nowadays if a show opens in late April it qualifies for that year's Tony's in June, but 40+ years ago the Tony Awards were held in March or April.  In fact, the ceremony in 1970 was the week before Company opened (how peculiar for a show to open a week after the Tony's!)  Therefore, Company wasn't in the running for a Tony until the following but, happily, it was hardly forgotten as it received 14 nominations - and won six awards for Best Musical; Direction; Book; Lyrics; Score (the first of Sondheim's six Best Score Tonys); and Scenic Design.  However, Michael Bennett didn't win for Choreography nor did the six actors who were nominated. 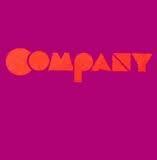 Although I didn't see this original production I've seen three others.  The first was a benefit performance for an actors fund held at a theater in Times Square in the autumn of 1991.  Then in October 2003 I saw an NYU student production at the university's newly opened Skirball Center for the Performing Arts.  And last summer I saw a filmed concert version that had been staged at Lincoln Center a few months earlier.  Additionally, I rented the excellent documentary about the recording of the original cast LP (most memorable perhaps for the scenes of the late Elaine Stritch's excruciating multiple attempts at The Ladies Who Lunch).

During the rare occasion when a boyfriend became annoyed by something I did I'd bring up the song Being Alive and point out its message that only when one is inconvenienced by the compromises a relationship requires do you truly experience living.  This didn't necessarily win them over, but I was pleased with my cleverness.

I've also seen the "making of" video of the original cast.

None of the three "live" performances were alike. Keeping each fresh and entertaining.

I saw both Dean Jones and Larry Kert in the original and to my recollection there was no reference to Bobby's experimenting with another man. This was added, I think, for a revival which was so lambasted by the Times that I think the leading man quit after opening night. Years have passed and it's part of the current script. But one never knows what script is being licensed. For example, if your regional theatre wants to do "Cabaret," they get the script which was used for a revival in the 80's.

Thanks Frank, I suppose that would have been too "modern" for audiences in 1970!