30 years before Lady Gaga, Grace Jones was making herself known with her striking presence, outrageous fashion sense, distinct singing voice and inventive performance videos.   Born and raised in Jamaica (birth name: Grace Mendoza), she moved with her family to the snow belt city of Syracuse, New York state when she was in her teens.  Before becoming a singer she was a model who became part of Andy Warhol's glam circle.  To me, she resembles an Amazonian version of Eartha Kitt.  At the height of her fame, Grace gave birth to a son, Paulo, who is now 38 (as of April 2018). 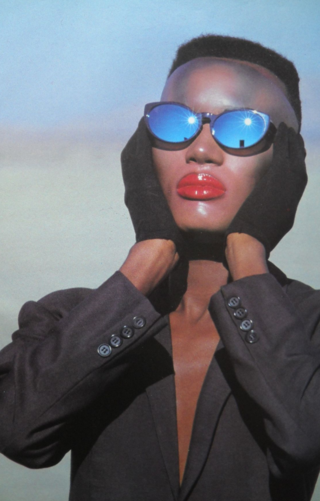 Every year between 1977 and 1982 Grace released an album (and ten overall), but none became big commercial hits.  Her highest charting LP, 1981's Nightclubbing, made it only to #32 on Billboard's album chart.  However, songs such as I Need a Man (her first); Do or Die; and Pull up to the Bumper were big club hits.  Besides those, other favorites of mine include La Vie en Rose; Nipple to the Bottle; Unlimited Capacity for Love; and Slave to the Rhythm.  Her music style was hard to categorize - a bit disco, a bit new wave, a bit R&B. 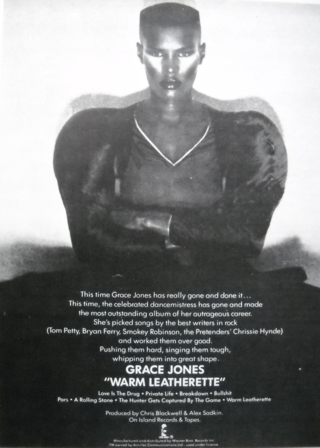 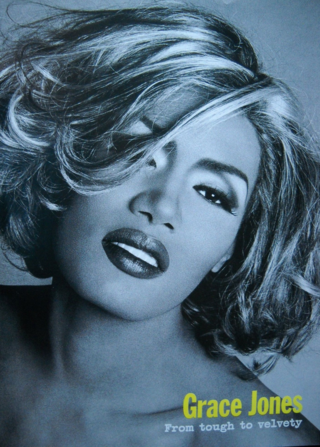 In the 1980s, her Warhol years behind her, she tested her mainstream appeal by appearing in action movies such as Conan the Destroyer and was cast as the villain in the James Bond movie A View to a Kill.  She also appeared in TV and print ads for Honda scooters. 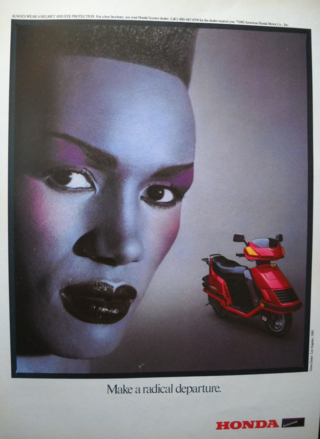 Update: In time for her 70th birthday, a well-received documentary about Grace was released in April 2018 titled Bloodlight and Bami. And although it had very limited distribution it did well in the few markets where it screened. GREG MAY of Orlando, FL says: "I will NEVER forget the night I met Grace Jones! Her bodyguard pushed me right up to her face . . . I could see myself in her lipstick! I got a kick out of her accusing Lady Gaga of imitating her! Grace's mentor was French artist Jean-Paul Goude who 'fashioned' her disco act in the 70's from French music hall star JOSEPHINE BAKER. The early Grace would always open her stage act by riding a motorcycle onto the stage as she performed "That's The Trouble". Josephine Baker was riding her motorcycle on stage in the 50's. Also, Grace copied MARLENE DIETRICHT - remember when she was hailed as the "Dietricht of the 80's?" Grace would don Navy whites ala Dietricht in the movie "Seven Sinners" when she performed "La Vie En Rose". I always wanted Grace Jones to do a cover of Shirley Bassey's "Goldfinger" to a dance beat. I think it would be a monster hit and so does her former producer, Tom Moulton. Grace is - after all- a Bond girl!

Great anecdote! I agree, Id love to hear Grace do a renditon of Gold Finger (the way Shirley B. did a remake of Pinks Lets Get This Party Started). Shes slated to have a new CD come out one of these days - its overdue. In the meantime I make do with herwonderful collaboration with Moby from his last CD. The songs title isLive for Tomorrow.