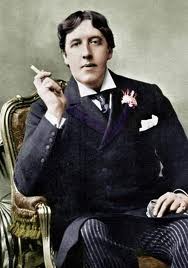 In the winter of 1895 Irish playwright Oscar Wilde had perhaps his greatest artistic triumph when his comedy The Importance of Being Earnest opened in London to great acclaim.  But just three months later, on May 25, 1895, the married father of two was found guilty of "gross indecency" with another man and sentenced to two years of hard labor in prison.  Sadly, he largely brought this misfortune upon himself.  He had sued his male lover's father for libel (after referring to Wilde as a "sodomite" on a calling card), but midway through the trial thought it best to withdrawal the charges.  However, by then too many incriminating things had been said by Wilde and he was brought up on morals charges - and convicted.

It's unfortunate that Wilde's hubris blinded him to the fact that Victorian England was far from ready to overlook his licentious behavior, regardless of his fame.  After his two-year sentence was completed he moved to France where he died a few years later at the age of 46, largely penniless and with few friends.

In 2018 British actor Rupert Everett directed, wrote and starred in the movie The Happy Prince, which told the story of the last few years of Wilde's life after he was released from prison.  The film was a labor of love as the handsome Everett took on the diminished, paunchy appearance of Wilde in his last years.  (Ironically, Everett is thirteen years older than Wilde was at the time of his death.) 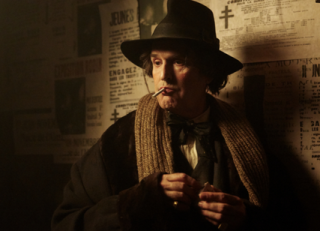