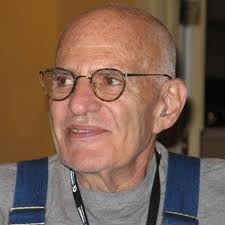 Say the name Larry Kramer and many of us (hopefully) can easily rattle off some of his accomplishments: the novel Faggots; the movie Women in Love; organizing GMHC; founder of ACT UP; the AIDS drama The Normal Heart.  He was born in Bridgeport, Connecticut on June 25, 1935.  It seems fitting that the Stonewall uprising occurred right around the time of his birthday (in the year he turned 34) and that Gay Pride Week events take place around it every year.

Like the late Arthur Laurents, who died in 2011, Kramer has a reputation for being "difficult".  He was ousted from GMHC; he railed at his alma mater Yale University for turning down his offer to fund a chair in Gay Studies; and he fumed at Barbra Streisand for not following through on her plans to make The Normal Heart into a movie.  He's alienated many with his in-your-face style (the personification of an e-mail typed entirely in caps) - but where would we be without this squeaky wheel?  Knowing of his temperament it was a bit of a surprise that he was so gracious upon accepting the Tony Award in 2012 for The Normal Heart as Best Revival of a Play. 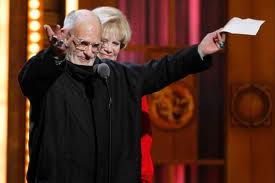 For more than 30 years years Kramer had been laboring on a semi-fictional work about US history (reportedly 4,000 pages in length) titled The American People.  In it he shines a lavender light on our nation's history, e.g. discussing various historical figures he claims were gay (i.e., George Washington, Abraham Lincoln).  Volume One (which goes through the 1950s) was finally published in 2015 to mixed reviews.  And five years later he published The American People: Vol. 2: The Brutality of Fact: A Novel. 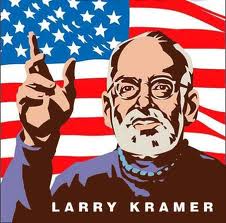 Bottom line, ruffling feathers (or boas) for speaking his mind, Larry Kramer's passion and commitment to gay men has been invaluable in bettering our lives.  (After years of poor health, Kramer died on May 27, 2020, one month before his 85th birthday.) 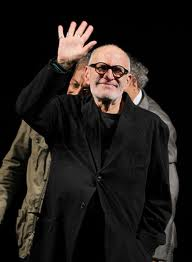 Tags: "The Normal Heart", GMHC, history of ACT UP, Larry Kramer, the movie "Women in Love", the novel "Faggots"