Hoping to ride the wave created by popular gay-themed shows such as Will & Grace, Queer Eye for the Straight Guy and Queer as Folk, MTV Networks created a cable channel devoted to programming of interest to gay men and lesbians.  Named LOGO (for some inscrutable reason), it debuted on June 30, 2005.  The network is probably best known for the series Noah's Arc (below), which was somewhat like a black/Hispanic version of Queer as Folk.  Airing for for just two seasons in 2005 and 2006, there was controversy when it was cancelled since it was the fledgling net's highest rated program. 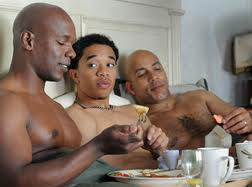 In the summer of 2007 the network received attention when it organized and televised a debate/roundtable discussion (in conjunction with the Human Rights Campaign and CNN) between six of the Democratic nominees for president.  Not surprisingly, no Republicans accepted LOGO's invitation for a similar discussion. 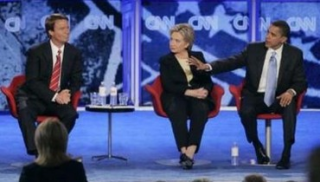 On its current schedule, RuPaul, still milking his Super Model persona from the early 1990s, hosts RuPaul's Drag Race, RuPaul's Drag U and All-Stars.  Drag Race aired its 100th episode in March 2016. (Despite how some entertainment sites gush over the popularity of the show, Drag Race's audience is relatively small compared to popular shows on other cable networks.  Some of LOGO's programs wouldn't be out of place on Bravo, with shows such as The A-List: New York/Dallas; 1 Girl 5 Gays; and The Setup Squad.  Unfortunately, many of these shows depict their gay subjects in a rather unflattering light.  (Of course, the same can be said with how reality shows on other networks depict cast members.) 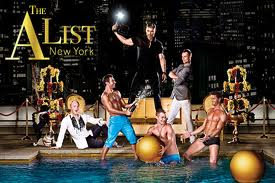 Despite the ubiquity of gay culture in the 21st century, LOGO hasn't been picked up by a lot of cable systems.  Presently, it's available in less than half of the nation's TV households (43% as of July 2016).  Because of its limited distribution, LOGO's most popular show, Drag Race doesn't attract nearly the audience that one might expect (in other words, RuPaul is a big fish in a very small pond.)  This is a crucial point because in order for a cable network to be considered viable by national advertisers it usually needs to be available in at least 75% of the U.S.  Another challenge for LOGO is the fact that shows with LGBT characters have proliferated on mainstream networks, so its unique positioning has been somewhat lost.