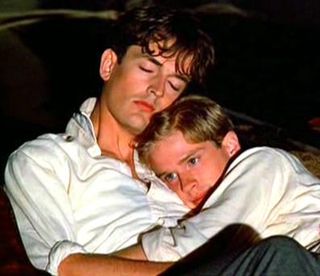 The romantic drama Another Country opened in theaters on June 29, 1984 and was the first of four movies in which gay actor Rupert Everett, then 25 years old, played a gay character.  The other films were Robert Altman's Pret-a-Porter from 1994; 1997's smash My Best Friend's Wedding starring Julia Roberts; and 2001's bomb with Madonna, The Next Best Thing.  It was thought that his performance in Wedding might get him an Oscar nomination but it was not to be; however, he was nominated for a Golden Globe Award (he lost to Burt Reynolds who was in Boogie Nights).  The snub left him somewhat bitter and he claimed that he wasn't nominated because he was openly gay and that made Hollywood nervous. 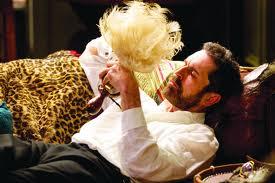 For a few years in the early 2000's Everett used to work out at Crunch, the gym I belong to in the West Village.  He had a sexy, willowy physique and often wore a ski hat on his head.  Probably only gay members recognized him, if even them.  It was only after I saw him a number of times that it dawned on me that it was him.