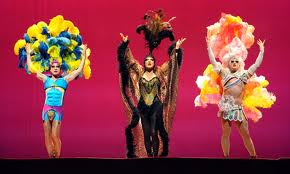 The recent end of Priscilla Queen of the Desert's Broadway run (in June 2012) inspired me to write about drag names.  Since gay men have such an innate appreciation for "camp", making up drag names is a favorite pastime.  It occurs at dinner parties, in the shower, while working out, riding on the subway - probably the same places straight men think about their fantasy football lineups.

During my first summer out at Fire Island the vibe of the place obviously seeped into my consciousness because one night I had a dream in which I was given my drag name - Collette Whatchawant.  I joked to my housemates that I was a French Canadian Indian princess.  One glorious summer afternoon, as I lazed about on a raft, a housemate and his friend were at poolside creating a steady stream of delightful names.  I thought the best one was Penny Sfromhaven, a Scandinavian drag queen. 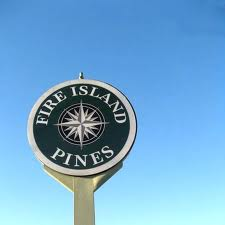 Occasionally when I'm watching TV a name will come to me from a commercial, e.g. last week an ad for an anti-depressant mentioned the chemical ingredient norepinephrine - and voila, Nora P. Nephrine, or Sara Tonin!  And then just last week I was grocery shopping and I picked up a container labeled Chocolate Ginger - yet another viable one to place in the drag name bank! 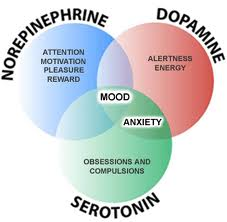 When thinking up drag names a healthy vocabulary is very helpful, plus a sense of the absurd, e.g. Hazy Sunshine, Icy Disdain, Iva Kraving, Ida Slapter, Ella Q. Shin (I came up with the last three as I was writing this sentence).  Ivana is a great drag first name because, like vodka, it mixes well with almost everything: Ivana Askew, Ivana Lexus and Ivana B. Ondaleez!

Although there are thousands of them here is a baker's dozen of additional names that really tickle me:

Then there are names that aren't based on breaking down words, they're just cute creations, e.g. Lady Bunny, Coco Peru (pictured, right), Sybil Bruncheon (all who are/were real drag performers) and Lola Falana - wait, that's a real person.  And I'm sorry, but in my book RuPaul isn't much of a drag name; it sounds more like a stop on the Paris Metro. 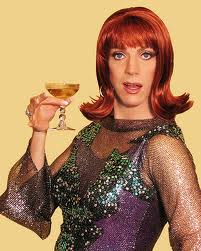 Of course, for those with little creativity (you know, as Kathy Griffin might say, "the straights") there's a formula we all probably know that produces mostly uninspiring names: your first pet's name + mother's maiden name = your drag name.  Sometimes it works, most of the time not.