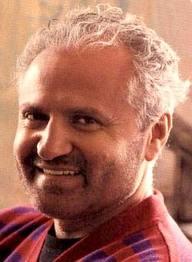 Gay serial killers Jeffrey Dahmer and John Wayne Gacy claimed many more victims than Andrew Cunanan.  However, Cunanan may be more famous because the last of his five victims was world famous fashion designer Gianni Versace, who was gunned down in broad daylight the morning of July 15, 1997 in front of his mansion in Miami's swanky South Beach neighborhood.  He was 50.  Seventeen years later the motive behind this sensational crime continues to be a mystery.  Did the openly gay Versace even know Cunanan and if he did, under what circumstances?  How was it that Cunanan happened to be in front of the mansion when Versace went out to pick up coffee and magazines, something he did infrequently?  And why did Versace have $1,200 in cash in his pocket? 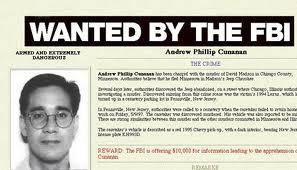 The 27-year-old Cunanan walked away after the shooting and became a fugitive.  Eight days later he committed suicide on a houseboat not far from the murder scene.  He took his life the day after the grand memorial service for Versace was held in Milan.  Among the countless A-list friends/clients who attended were Princess Diana and Elton John.  Sadly, many of the same people would be in attendance at Diana's funeral less than two months later. 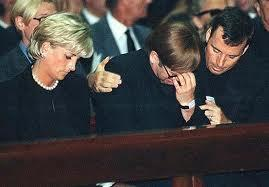 Twenty-one years later, in the winter of 2018, a nine-part mini-series that attempts to unravel the mystery about the murder, The Assassination of Gianni Versace, aired on the FX cable network.  It starred Edgar Ramirez as Versace, Darren Criss as Cunanan, Ricky Martin as Versace's boyfriend, Antonio, and Penelope Cruz as Donatella Versace.  Ryan Murphy was executive producer and directed the first episode. 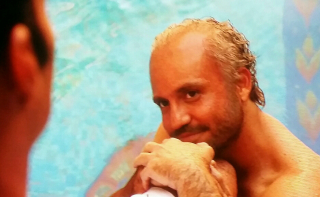 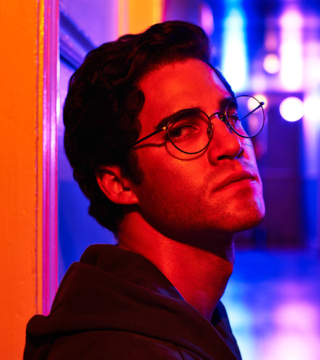