Silly Disco Songs - And What's Wrong With That?
The LGBT "Where Are They Now?" Hall of Fame 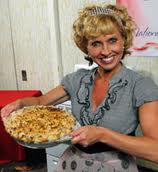 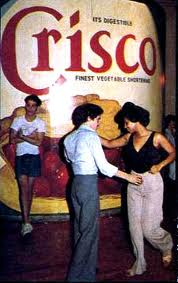 And that's not the only connection Crisco has to the gay world.  Nearly 40 years ago there was a popular gay disco located in New York's Meatpacking District called Crisco Disco.  A large Crisco Can served as a DJ booth (pictured, above), which comfortably fit up to ten people.  More recently, gay clubs in Tampa and Venice Beach have held weekly "Crisco Disco" nights, when classic disco is played.  Then there was the peculiar disco-oriented album released in 1977 by poet Rod McKuen called Slide ... Easy In.  Because of the album's cover art, many in gay circles referred to it as the "Crisco Disco album". 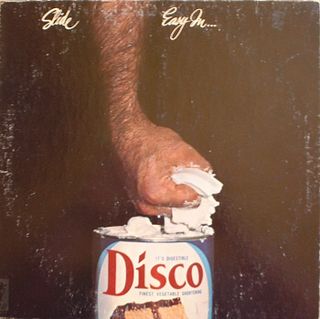 So, in closing, if you innocently mention Crisco in a social gathering or at a business presentation and hear snickering, there's a good chance that some gay men are in your midst.

My uncle Hank Pagani owned Crisco disco in NYC in the late 70's early 80's. It was before my time but people flip when i mention that my uncle Hank owned the place.

I was one of your uncle's best friend back in those days. - Billy Smith