The most entrenched gay stereotypes may be the "opera buff", "show tune queen" and "disco bunny".  And while I've previously written posts about Broadway shows and dance music I haven't written anything on the world of opera - until now.  So I'll start at the top by paying tribute to the world-renowned La Scala in Milan, which opened its doors on August 3, 1778.

Teatro alla Scala is considered the world's most famous opera house, followed by the Metropolitan Opera House in New York  (opened in 1966); Australia's Sydney Opera House (1973); London's Royal Opera House in Covent Garden (1858); and the Bolshoi Theatre in Moscow (1825).  Other famous houses are in Paris, Vienna, San Francisco, Buenos Aires and Vienna.  There's also the Santa Fe Opera Theater which is known for its open-air design (and where I saw Rigoletto in August 2008).

Writing about La Scala brings to mind the sensual, and sensational, 2010 movie I Am Love, starring gay favorite Tilda Swinton.  Set in Milan, it has a sweeping, operatic-like score that's very fitting, especially for the film's dramatic, over-the-top ending.  It's worth renting. 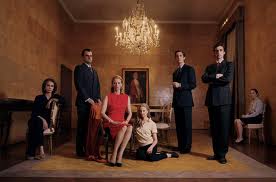