Why Do Gay Men Embrace "The Wizard of Oz"?
Celebrating 120 Years of Crisco

Silly Disco Songs - And What's Wrong With That?

When the first notes of a cheesy disco tune begin to play you may initially roll your eyes, but such songs can be a lot of fun on the dance floor.  They're likely to have a good beat, an infectious hook and catchy sound effects.  And with lyrics that are often non-sensical you can't help but chuckle.  Inane, yes, but irresistible to dance to.  (Of course, having a few drinks helps.)  What follows is my honor roll of lovably cheesy disco tunes.

Ring My Bell (1979) - In my estimation, this is the silliest disco tune of all time and yet it was the nation's #1 song for two weeks.  It was sung by Anita Ward, who some friends still confuse with R&B chanteuse Anita Baker or Anita Hill (of Clarence Thomas fame). 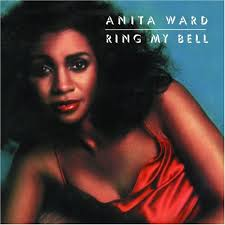 Macho Man (1978) - Actually, any song by the Village People qualifies for this list, but this one was their first top-40 hit.

Honey Bee (1974) - Sung by Gloria Gaynor before she became the pre-eminent disco diva with her classics Never Can Say Goodbye and I Will Survive.  It was released in the early years of the disco era along with trifles such as Lady Bump by Penny McLean and Smarty Pants by First Choice.  Although these three songs weren't commercial hits they were popular in gay discos. Shake Your Groove Thing (1979) - What exactly is a "groove thing"?  Based on the lyrics, "We put in motion every single part" and "We're bumpin' booties, havin' us a ball y'all", it appears it's any movable body part.

Instant Replay (1978) - Its opening countdown is one of the most distinctive of any song's.  (Interestingly, the album it's on has a song called Countdown.)  A very high spirited song, but what exactly is it about?  Produced by Dan Hartman, he released the huge club hit Vertigo/Relight My Fire the following year. Boogie Oogie Oogie (1978) - Any song with the word "Boogie" in its title qualifies for this list: Boogie Nights; Boogie Wonderland; Boogie Woogie Dancing Shoes; Boogie Fever; and Boogie Shoes.  However, Boogie Oogie Oogie was the biggest of them all, spending three weeks atop Billboard's Hot 100.

Makin' It (1979) - Perhaps the "whitest" of any disco hit, it was sung by David Naughton, the star of the short-lived TV show of the same name.  However, Naughton's real claim to fame was being the Dr. Pepper guy in TV commercials from the 1970s ("I'm a Pepper, you're a Pepper..."). 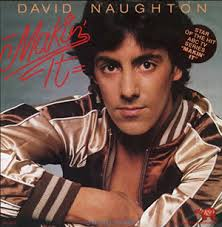 The Main Event (1979) - By far the cheesiest of any Streisand single, and even more embarrassing than Rod Stewart's entree into disco earlier in the year, Do Ya Think I'm Sexy (which spent four weeks at #1).  The Main Event, which made it to #5, was the title track from the equally awful movie Babs starred in with Ryan O'Neal. 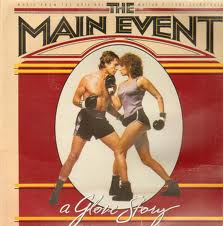 Devil's Gun (1977) - The bass voice singing "Fee-Fie, Foe-Fum, you're looking down the barrel of the devil's gun" was especially catchy - in a Sesame Street sort of way. Pow Wow (1979) - Its lyrics make reference to passing a piece pipe and a teepee being cold and empty; sound effects included Indian war whoops.  It was sung by Cory Daye, best known as the lead singer of Dr. Buzzard's Savannah Band, whose big hit was Cherchez la Femme in 1976.

Get Up & Boogie (1976) - By the German group Silver Convention, a follow up to their breakout hit, Fly Robin Fly, the year before.  The song is best known for its distinctive shout-out opening "That's Right!" 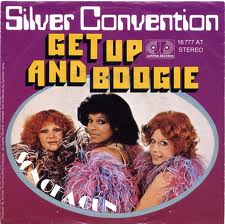 Funkytown (1980) - It has one of the most distinctive melodies of any song, with a great sax and strings interlude during the chorus.  It spent four weeks at #1 and was one of the ten most popular songs of 1980. 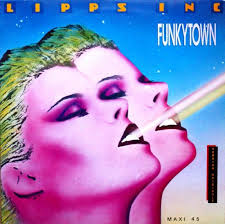 Copacabana (1978) - Delta Dawn with a beat, Copacabana became one of Barry Manilow's eleven top-10 hits.  It brings back fond memories of my college days at Penn State where on Friday evenings I'd go with friends to Mr. C's Disco to dance and drink tequila sunrises during happy hour.