Summer Olympics: Why Male Divers Are Sexier Than Swimmers
The Sex Appeal of Men Wearing Glasses

Marilyn Monroe was found dead in her home in the Los Angeles suburb of Brentwood on the morning of August 5, 1962.  She was 36.  Although the official cause of death was from an overdose of barbiturates there's always been speculation that she was murdered because of her ties to both President Kennedy and his brother Bobby.  (She famously sang "Happy birthday, Mr. President" at Madison Square Garden less than three months before her death.) 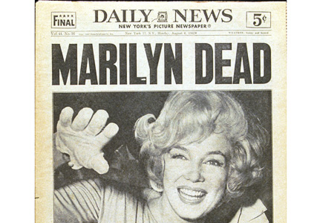 I was only 5 years old at the time but remember sitting in the living room when my dad came upstairs from the basement to tell us the news of  Monroe's death.  Looking back, I believe this is the first death I remember, probably because Marilyn was so widely known - or perhaps it was my nascent gay gene stirring to life? 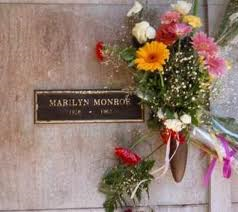 Like Marilyn, Judy Garland and Princess Diana would also be canonized by gay fans upon their premature deaths in 1969 and 1997, respectively.  Eva Peron, who also died young, at the age of 32, became somewhat of a gay icon years after her death when the musical Evita opened in the late 1970s, but this fascination is likely due to Patti LuPone's performance on Broadway - and then by Madonna's portrayal in the movie version.

My favorite Marilyn movie lines are from Gentlemen Prefer Blondes, in which she played the dim golddigger Lorelei Lee: