In Praise of Mary Wilson of The Supremes 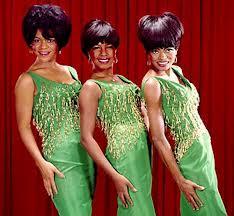 I've always thought Mary Wilson was the most glamorous of the Supremes.  She had a beautiful smile, a sexy full figure and seemed the most approachable of the three Supremes.  And she was a constant presence through a number of personnel changes that occurred with the group, which she was a part of from 1961-1977.  (In the photo to the right, Mary is in the middle, between Diana Ross and Florence Ballard.)

Not to take anything away from Diana, but Miss Ross was a largely manufactured star with a reed-thin frame, bulging eyes and a thin, rather screechy voice.  And although she grabbed much of the glory, Mary always gave Diana her due and refrained from badmouthing her.  I own a DVD boxed set of performances from The Ed Sullivan Show and one of the discs is devoted to the Supremes.  (In the photo to the left Mary is shaking Sullivan's hand.)  Watching their glorious performances I would find myself focusing on Mary who always seemed to be having a good time. 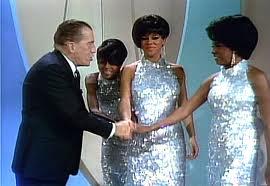 Sadly, Mary recently died (Feb. 8, 2021), a month shy of her 77th birthday (DOB: 3/6/44).  In 1986 her autobiography Dreamgirl: My Life As a Supreme was published.  It focuses on the groups rise and ascent to superstardom.  A sequel titled Supreme Faith was published in 1990 and details the years following Diana's departure and discusses Mary's career after the Supremes.  (The two books have since been combined into one 752-page volume available on Amazon.) 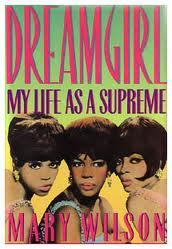 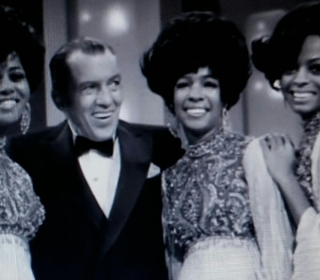 "Watching their glorious performances I would find myself focusing on Mary who always seemed to be having a good time."

I grew up on the east side of Detroit in the 60's and Motown just seemed like a regional recording studio the produced "The Sound of Young America" for local audiences. Dozier Holland and Dozier wrote many of Motown's hits. My math and home room teacher at Cleveland Junior High was Benny Dozier; whose family members wrote the music for Motown. Joe Massina played the guitar and was the only white musician of the Funk Brothers; the studio band that played on most of Motown's songs. I grew up with his relatives across the street from the Charles/Buffalo street projects. We never realized how popular Motown would become until Motown's acts were on the Ed Sullivan show. Wow! We were all proud; Detroiters of all races and colors! We not only started the auto industry but invented a new kind of music known as "The Motown Sound" that didn't fit any of the traditional music genres. It was a combination of soul, jazz, Chicago & Mississippi blues, gospel, rock & roll, rap, funk, country, and pop. It was all of that but never any one. That's why it hit the vein of so many people and cherished even now because it has and always be evergreen, sexy, innocent, timely and fresh. It becomes part of a listeners musical DNA, has pasted the test of time & history and will never fade from musical history. I am fortunate enough to have experienced and grown up with "The Motown Sound" Your comments please.