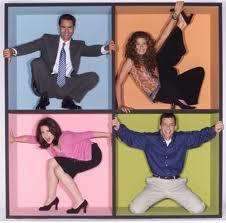 TV's first gay-themed sitcom was NBC's Will & Grace, which debuted on Sept. 21, 1998.  It first aired on Monday before moving to Thursday's "Must See" lineup (with Friends as its lead-in).  It started out being about the relationship between gay attorney Will and his best friend, interior designer Grace, with Jack and Karen as peripheral characters.  However, Jack and Karen had so much more spunk than the title characters that they soon became as integral to the show as Will and Grace.  When the show first went on the air it was considered somewhat risky since the previous season another sitcom, ABC's Ellen, floundered after its main character came out.

W&G featured a long list of cameos by high-profile celebrities such as Cher, Madonna, Rosie O'Donnell, Martina Navratilova, Bernadette Peters and Alec Baldwin.  In fact a dependence on such cameos was one of the criticisms of the show in its last few seasons.  At other times it was criticized for having characters that were unlikable; that Will and Grace were too whiny (the reason I wasn't a regular viewer); Will was too non-sexual (especially in the first few seasons); the show wasn't strident enough in addressing social/political issues; or Jack and Karen were too superficial and overexposed. 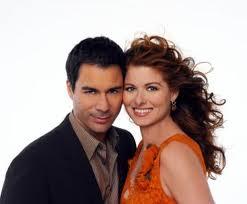 The series lasted eight seasons.  Long after its final episode Vice President Joe Biden, credited it for educating the general public and making them more comfortable with gay people and with the idea of same-sex marriage.  (And then in 2018 the show returned, airing again on Thursdays with the same four leads.) 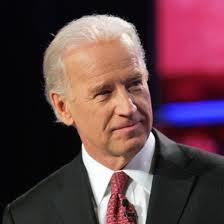