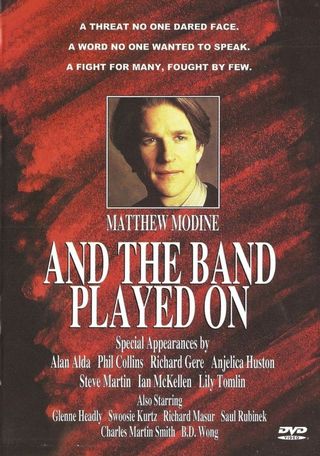 Based on Randy Shilts' 1987 book by the same name, the TV movie And the Band Played On told the story of the unfolding AIDS crisis and the various obstacles presented by various parties as authorities attempted to determine a way to stop the spread of the deadly disease.  It aired on HBO on Saturday, September 11, 1993.  Its star studded cast included Alan Alda, Lily Tomlin, Ian McKellen, Swoozie Kurtz, Anjelica Huston, Richard Gere, BD Wong and Steve Martin among others.  Although it recieved critical acclaim, some critics wrote that this cast of well-known actors might distract viewers from the seriousness of the plot. 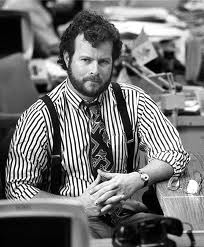 The movie won the Emmy for Best TV Movie.  After it aired it was released in theaters around the world - but not in the U.S.  And less than 6 months after the movie aired Randy Shilts (left) succumbed to AIDS at the age of 42.