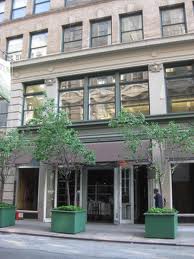 Splash, the spacious gay watering hole on West 17th St., opened its doors the evening of Sept. 25, 1991.  It came along just as Uncle Charlie's reign as the "It" bar of the 80s was coming to an end.  At the time Splash's location was a bit off the beaten path, but leave it to "the gays" to begin the gentrification of a neighborhood that soon became a mecca for gay men.

I enjoyed going to Splash because its expansive layout afforded patrons lots of room to walk around and circulate on its two floors.  Its videos were eclectic and entertaining, and if you didn't find them of interest there was always the stable of buff bartenders to stare at as they strutted around bare chested in their skimpy, and very flattering, briefs. 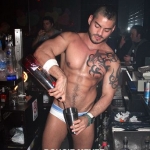 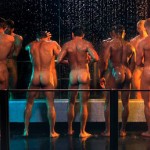 A number of years ago I used a trip to the bar as a business expense when the ad agency I worked at was pitching the Stoli vodka account.  A group of us, a mix of straight and gay men and women, paid a visit to Splash and conducted face-to-face research, chatting with a few bartenders about their work and the liquor preferences of customers. 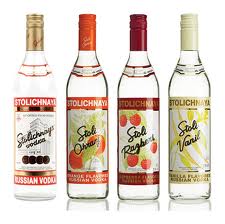 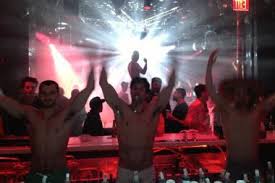 Splash was in business long enough to have the distinction of serving, entertaining and titillating an entire generation of gay men - but it finally succumbed to the allure Hell's Kitchen held for its clientele and closed its doors in the summer of 2013, seven weeks shy of its 22nd anniversary.

Only a few bars in the West Village have been in business longer than Splash, including The Monster (since 1982), Ty's (1972, near bottom), and the grand daddy of them all - Julius' (1966, far bottom).  Julius even has its own Wikipedia page.  However, the patrons of these establishments couldn't be more different than Splash's, with a Pines-Cherry Grove comparison an apt one.  The only other bar in Chelsea with longevity, g Lounge, has a crowd similar to Splash - but its square footage is a fraction of Splash's, giving it a claustrophobic feel. 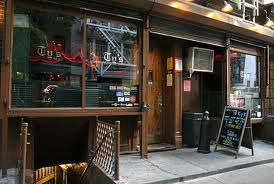 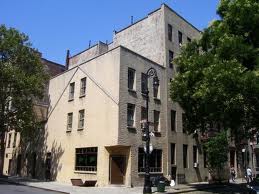 Splash was the first bar I went to when I arrived in New York, and was there several days a week over the next 13 years. If some of the bartenders had not been assholes and security not been homophobic, this bar would still be in business.