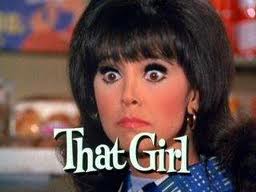 The ABC sitcom That Girl starred Marlo Thomas as Ann Marie, an aspiring actress newly moved to Manhattan (she lived on West 78th St.).  While struggling to get her "big break" she took a string of menial, but amusing, jobs.  Being a single gal living in New York City gave the show a unique sensibility from other sitcoms, which were usually about families.  That Girl's first episode aired on Thursday, September 8, 1966 following Bewitched.  (It was also the very same night that Star Trek aired its first episode.) 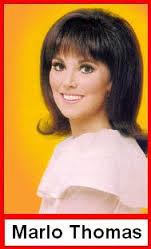 Although Ann was single she had a devoted boyfriend, Donald Hollinger, an editor at Newsview Magazine. (Donald was played by Ted Bessell, one of the actors I mentioned in a previous post, "Boyhood Crushes on Male TV Stars".)  At the start of the show's fifth, and final season, Ann and Don finally got engaged but viewers were never invited to a wedding. What is it about That Girl that makes it a kitschy treat for gay men (or at least for this gay man)?  Perhaps it has to do with Ann being involved in the theater, living in New York City to pursue her dreams, having a lovable boyfriend - and always wearing the latest fashions.  And Ethel Merman (below) appeared in two episodes!

Ann was always getting herself into "I Love Lucy"-type jams.  Classic episodes included those where she became trapped in a fold-up bed, got her toe stuck in a bowling ball, and the one in which she gave an audition from snowed-in JFK Airport on live TV. 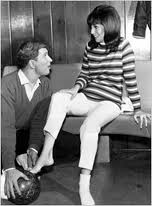 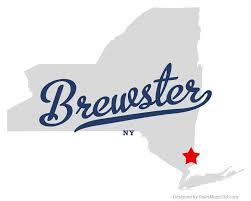 I always enjoyed the opening few minutes of each episode in which someone would point to Ann and exclaim "THAT girl!".  The show's theme music played as a wonderful montage of shots showed Ann excitedly exploring Manhattan.  And who can forget Ann looking at the mannequin dressed as a princess in the window at Saks and realizing it was her - and the mannequin gives Ann a knowing wink.  I especially liked the carefree shot of her strolling through Lincoln Center on a sunny spring day twirling an open parasol as her dress blows in the breeze.  Lastly, every episode seemed to make mention that she hailed from Brewster, NY (Westchester County), so when I moved to New York and heard the village's name announced in Grand Central Terminal, it made me chuckle knowingly.

In 1985 Marlo Thomas furthered her gay cred when she co-starred with Martin Sheen as distraught parents of a son who they learn is gay in the TV movie Consenting Adult.  She played the understanding parent who struggled mightily (as Ann Marie might have) to keep the family together. 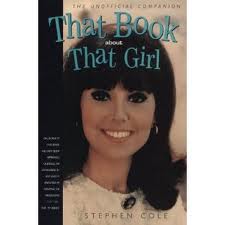 For fans of the show, the entertaining book That Book About That Girl (by Stephen Cole) provides background on the development of the show as well as an episode-by-episode synopsis.