The Powerhouse of Gay Talent Behind "West Side Story" (September 26, 1957) 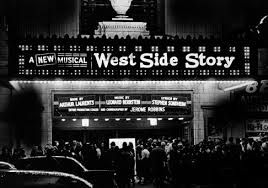 In the 1920s the New York Yankees baseball team had a lineup that was referred to as "Murderer's Row" because of its hitting talent.  The same moniker could be applied to the gay talent behind West Side Story.  Leonard Bernstein wrote the music; Stephen Sondheim wrote the lyrics; Arthur Laurents wrote the book; and Jerome Robbins was choreographer.  When the show opened on Sept. 26, 1957, Laurents, at age 40, was the "old man" of the group while 27-year-old Sondheim was the "baby".

Although the show was a hit it would lose the Tony for Best Musical to The Music Man, a show that was more critically embraced and that ran nearly twice as long as West Side Story (1375 performances vs. 732).  It also won the first Grammy for cast album. 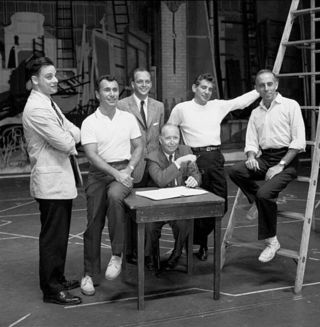